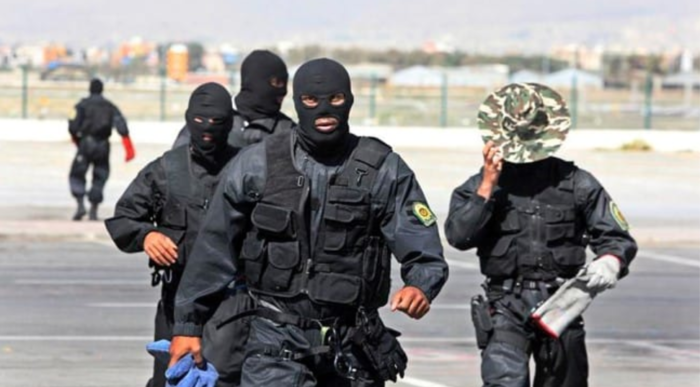 Iran seizes another foreign oil tanker in Strait of Hormuz

As the Iranian military published through its Facebook account, Iran seized another a foreign oil tanker in the Gulf, stating that the seized vessel was smuggling fuel. Thus, the military detained seven crewmen.

Accordingly, the Iranian Revolutionary Guard seized the foreign vessel, supporting that it was transmitting 700,000 litres of oil to 'some Arab countries in the Persian Gulf.'

In the meantime, local media have informed that the detained vessel has been sent to Bushehr port. Yet, although Iraq's Oil Ministry stated that they had no connection with the seized vessel, Reuters argues that it might belong to an Iraqi private company.

The waters around the Strait of Hormuz have experienced an increased tension for months now. It first started when the UK arrested the Indian Captain and Chief Officer of the Iranian tanker 'Grace 1', a few days after the ship was seized suspected of breaching EU sanctions by shipping oil to Syria. Later on, what is said to be an act of retaliation, was when Iran seized Stena Impero.

In light of the tensions, the UK proposed that an EU-led mission was conducted, so that EU vessels sailing through the Strait were secured and protected.

Overall, now the shipping industry is alerted; Shell recently announced that they will not send UK-flagged vessels. In addition, a few days ago BP also informed that it had not taken any of its own tankers through the Strait of Hormuz, after the July 10 attempt by Iran to seize one of its vessels.