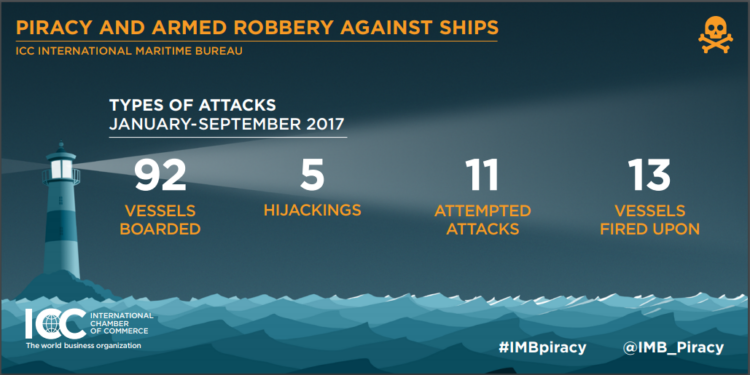 A total of 121 incidents of piracy and armed robbery against ships were reported in the first nine months of 2017, according to the latest report by ICC International Maritime Bureau (IMB). The report notes that, while piracy rates were down compared to the same period in 2016, there is continuing concern over attacks in the Gulf of Guinea and in South East Asia.

The increase in attacks off the coast of Venezuela and other security incidents against vessels off Libya – including an attempted boarding in the last quarter – highlights the need for vigilance in other areas, IMB noted. 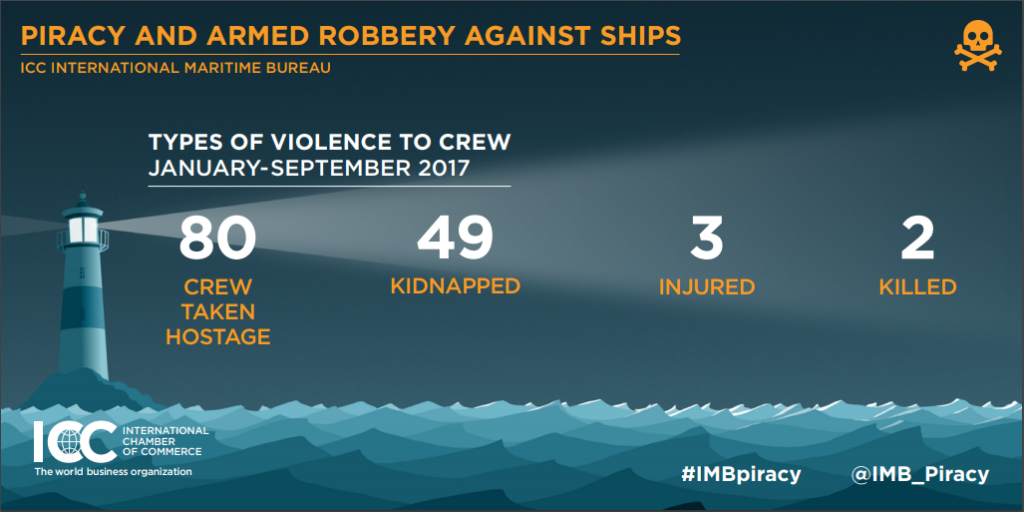 Namely, IMB informs that 92 vessels were boarded, 13 were fired upon, 11 attacks were attempted and 5 vessels were hijacked in this period. Further, a total of 80 crew was taken hostage, 49 were kidnapped, 3 injured and 2 killed. No incidents were reported off the coast of Somalia. 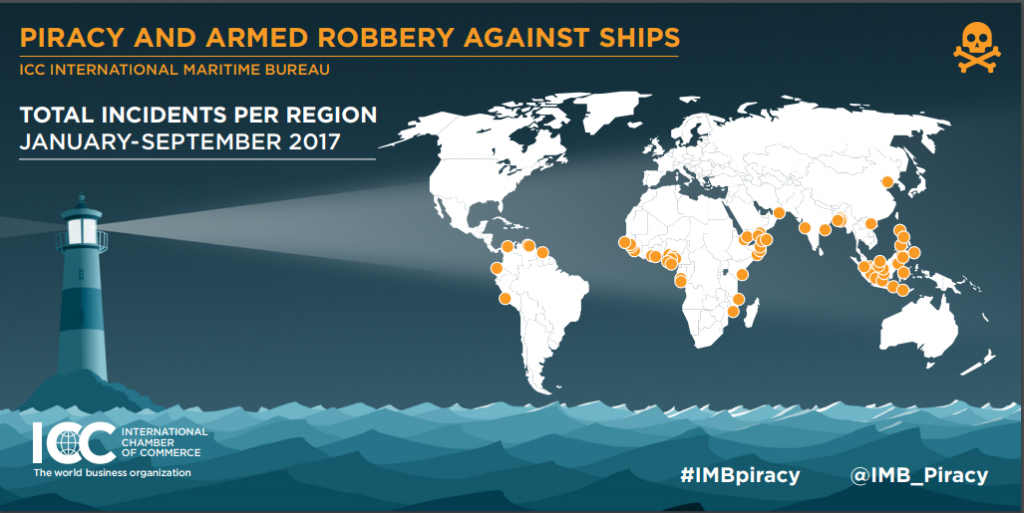 The report may be downloaded here.