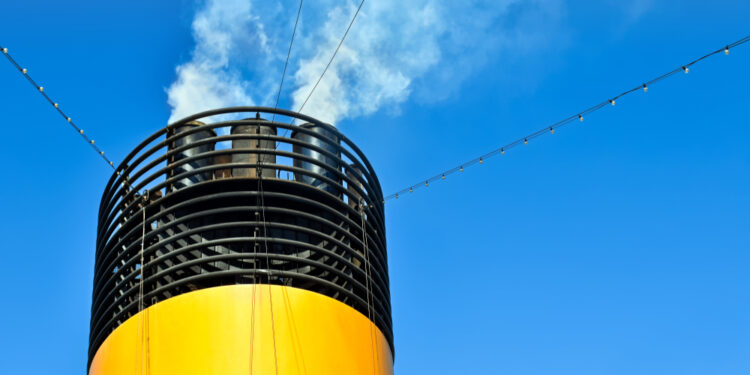 More specifically, EC suggested adding shipping to the Emissions Trading System (ETS) for the first time. According to the EU plan, maritime would be added to the ETS gradually from 2023 and phased in over a three-year period.

The EU Emissions Trading System (ETS) works on the principle of ‘cap-and-trade’. It sets an absolute limit or ‘cap’ on the total amount of certain greenhouse gases that can be emitted each year by the entities covered by the system. This cap is reduced over time so that total emissions fall.

Shipowners will also have to buy permits under the ETS when their ships pollute, or else face possible bans from EU ports.

In addition to ships sailing within the EU, the proposals will also regard 50% of emissions from international voyages starting and ending in the EU.

Our Package aims to combine the reduction of emissions, with measures to preserve nature, and to put jobs and social balance at the heart of this transformation. And it also shows the value that this transformation will generate and how public and private investment can – and will, of course – work together to make it a reality

However, EC’s proposal were received with some criticism. More specifically, Transport&Environment (T&E) said that the EU today published proposals to make the shipping sector pay for its pollution and fossil fuels. However, it added that the world’s first ‘green’ fuel mandate for the sector would actually boost the use of LNG.

As it explained, the FuelEU Maritime proposal could lead to more than half (55%) of the energy used by ships calling at EU ports being LNG and biofuels by 2035. This is despite LNG offering minimal emissions reductions and releasing methane.

Moreover, T&E is concerned about the European Commission’s proposal for a new infrastructure law (AFIR) requiring major ports to spend billions installing gas refuelling infrastructure for ships. As it said, that would help lock in decades of fossil-fuel burning.

On the other hand, the T&E welcomed the proposals to extend the EU emissions trading system to shipping and, for the first time, to tax shipping companies for part of the fossil fuel they purchase.

The EU is finally making shipping polluters pay. Now lawmakers need to defend a carbon market that covers extra-European voyages, so that the biggest shipping companies are not let off the hook. The ETS revenues should be reinvested in deploying zero-emission vessels, port charging, and hydrogen refuelling infrastructure

Furthermore, the European Environmental Bureau (EBB) commented that “the European Commission is missing another historic opportunity to phase out fossil fuels in the ‘Fit for 55’ package.”

According to EBB, EU’s decision “leaves the door open for coal, gas and oil to stay in the EU energy system for at least another two decades while sending the polluter pays bill to EU citizens.”

The most relevant EU green policy dossier of the year not only fails to provide climate-neutral roadmaps and sector-specific targets, but also continues to shield EU industry from paying the full cost of pollution

EEB’s main policy targets for the ‘Fit For 55’ are:

As for ECSA, it said that it welcomes the increased climate ambition of the ‘Fit for 55’ climate package, “recognising that the climate crisis is one of the greatest humanitarian, economic and environmental challenges our societies are facing.”

Nevertheless, it highlighted that the European shipowners notice a lack of consistency among some of the proposals of the package which may undermine its environmental objectives and therefore urge for more consistency.

It is of utmost importance that the revenues from ETS are used to support the decarbonisation of shipping and not added to Member States’ general budgets. A sector-specific fund has already received significant support from the European Parliament, NGOs and industry stakeholders and we sincerely hope that the Member States will take this strong signal into consideration going forward. The new Directive must also ensure that all supply chain stakeholders including the commercial operators have the proper incentives to make climate-conscious decisions

Namely, ECSA supports a phase-in period under which an increasing percentage of the emissions of the sector is subject to the ETS. However, it says that it is important that sufficient time is provided for the gradual inclusion of the sector’s emissions in order to create investment signals and to identify potential errors in the system design.

European shipowners also point out that a financial penalty on ships when the infrastructure for Onshore Power Supply (OPS) is not available in a port, penalises the wrong entity.

At the very least, ships must be exempt from the OPS requirement, when the port infrastructure is not available or not compatible with ships’ equipment