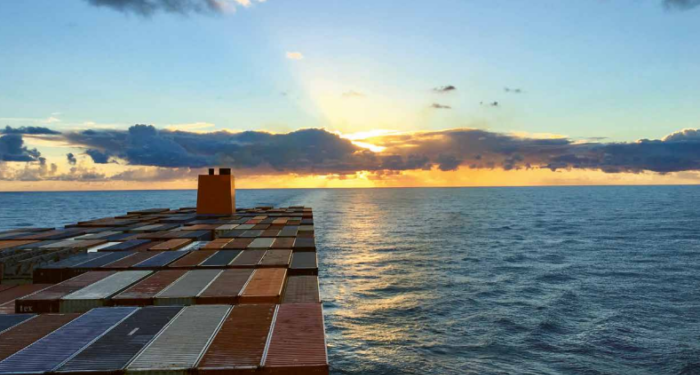 Following the announcement from the EU today about the proposed extension of the EU’s Emissions Trading System (ETS) to cover the international shipping sector, the ICS issued statement to comment the news and inform that along with industry partners ICS will continue to highlight industry’s concerns in discussions with the EU Council and the European Parliament. ”We need urgent action but action must result in decarbonisation rather than a pure money grab.” Mr. Guy Platten, Secretary General of ICS concluded.

“Other than as an ideological revenue raising exercise, which will greatly upset the EU’s trading partners, it’s difficult to see what extending the EU ETS to shipping will achieve towards reducing CO2, particularly as the proposal only covers about 7.5% of shipping’s global emissions. This could seriously put back climate negotiations for the remaining 92.5% of shipping emissions.”

“We know that non-EU States like Japan have already expressed concern over this diplomatic overreach and imposition of a unilateral and extra-territorial tax on trade. It cannot be equitable for non-EU shipping companies to be forced to pay billions of euros to support EU economic recovery plans, particularly under a scheme that undermines CO2 negotiations.”

“It is clear from how such schemes work in other sectors that there will be unintended consequences from the imposition of such a proposal. There are simpler and more effective options – such as a global fuel levy – but these require political leadership rather than political expediency. Another key issue for ICS is that who pays for the cost of fuel should be the same person that ultimately pays the cost of carbon allowances.

“The failure to include investment in research and development in the proposals, at a time when the IEA and the new US administration are highlighting that emission reduction will only be possible with the development of technologies that do not currently exist, is disappointing. To indicate one thing at the beginning of the process and then to withdraw it to pay for a post covid recovery sends a clear message to industry that the EU is not truly serious about decarbonising global shipping. This also sends a message beyond shipping that political and investment risk is high in Europe.  This only goes to show why we need the 5 billion USD IMO Maritime Research Fund.

“Volatility in the price of allowances makes this approach far more complicated to pass on the cost to the company that pays for the fuel, especially for the majority of smaller shipping companies which make up the majority of shipping. This proposal is overly bureaucratic. The industry’s overwhelming preference is for a global levy which will incentivise real emission reductions rather than red tape.

“It is clear that there will need to be an independent impact assessment of these proposals as soon as possible, to ensure that we are not sleepwalking towards unmanageable costs for global trade.

To remind, the EU Emissions Trading System (ETS) works on the principle of ‘cap-and-trade’. It sets an absolute limit or ‘cap’ on the total amount of certain greenhouse gases that can be emitted each year by the entities covered by the system. This cap is reduced over time so that total emissions fall.

To ensure that the maritime transport sector contributes to the EU’s climate ambitions, the Commission is proposing to extend the scope of the EU’s Emissions Trading System to cover CO2 emissions from large ships (above 5000 gross tonnage), regardless of the flag they fly. The extension will include all emissions from ships calling at an EU port for voyages within the EU (intra-EU) as well as 50% of the emissions from voyages starting or ending outside of the EU (extra-EU voyages), and emissions that occur when ships are at berth in EU ports.

Under the proposal, the EU ETS would cover around two thirds of maritime transport emissions (90 million tonnes CO2) and result in a price signal that incentivises improvements in energy efficiency and low-carbon solutions and reduces the price difference between alternative fuels and traditional maritime fuels. The proposal builds on the provisions in place for other EU ETS sectors as well as the existing EU Monitoring, Reporting and Verification System for shipping, which tracks CO2 emissions from ships calling at all EU ports. In the FuelEU Maritime proposal, also presented today, the Commission proposes to increase the uptake of alternative, low-carbon fuels in maritime to help drive down emissions faster.

In practice, shipping companies will have to purchase and surrender ETS emission allowances for each tonne of reported CO2 emissions. For the administration of the system, shipping companies will be attributed to an administering authority of a Member State that will ensure compliance using the same rules as for the other sectors. In addition to the EU ETS rules on penalties, ships can be denied entry to EU ports where the responsible shipping company has failed to surrender the necessary allowances for two or more consecutive years.

To ensure a smooth transition, shipping companies will only have to surrender allowances for a portion of their emissions during an initial phase-in period, reaching 100% after 3 years. A reporting and review clause is included to monitor the implementation of the rules applicable to the maritime sector and to take account of relevant developments at the level of the International Maritime Organization (IMO).

FIND OUT MORE ABOUT THE EU EMISSIONS TRADING HERE