Container removal operation for the Ever Forward has begun 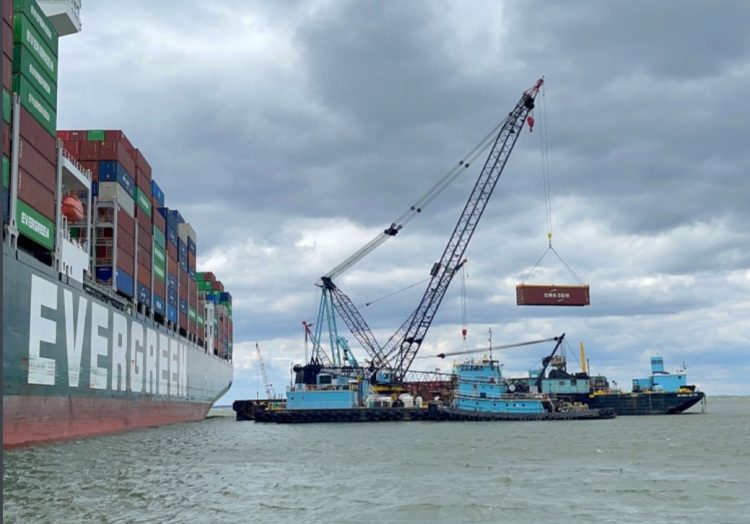 The container removal operation for the Ever Forward boxship in Chesapeake Bay has began from Saturday. The removal will continue in daylight hours over the next several days.

As informed, during this operation 4 to 5 containers will be offloaded per hour. Approximately 550 containers are expected to be transferred.

To remind, after two failed attempts to make the Ever Forward containership refloat, both operations were unsuccessful. Despite the weather conditions in the Chesapeake Bay, the ship salvage teams could not make the ship move.

The Ever Forward containership remains stuck at Chesapeake Bay, after departing the Port of Baltimore Seagirt Terminal almost 4 weeks ago. For this reason, the company had declared a General Average statement, noting that “In light of the increasing costs arising from the continued attempts to refloat the vessel, Evergreen declared General Average”.

The Ever Forward salvage operation began on March 13 after it grounded in Chesapeake Bay.

According to the U.S. Coast Guard the lightering operation of the containership is the best strategy to follow as of now. However, as already said, this revised plan is expected to take another 2 weeks to be executed.