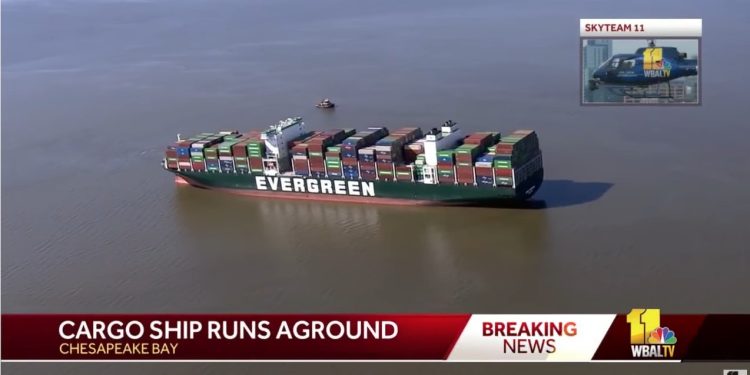 The Evergreen Marine-owned containership Ever Forward ran aground in Chesapeake Bay after departing the Port of Baltimore Seagirt Terminal on Sunday night.

According to a spokesperson for the US Coast Guard’s 5th District, the vessel was proceeding with a pilot on board when it grounded. The spokesperson also indicated that there have been no injuries, pollution or damage to the ship resulting from the incident.

The ship is situated outside the main shipping channel. The Coast Guard and Maryland Department of the Environment are coordinating the ship’s refloating; tugs are on site.

Efforts have been underway since last night to try and free the ship and will continue today. The Coast Guard is monitoring the situation

The incident happened almost a year after the giant containership got stuck in the Suez Canal and resulted in disrupting global trade for months.