Evergreen declares General Average for the containership at Chesapeake 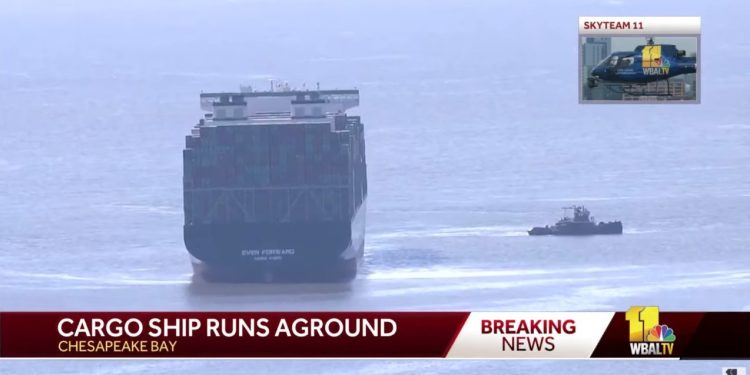 Following the second failing attempt to refloat the 12,000 teu Ever Forward, the company Evergreen announced today that, with the increasing costs of the salvage operation, it declared General Average.

More precisely, the second attempt to make the Ever Forward containership refloat was in vain. Despite the weather conditions in the Chesapeake Bay, the ship salvage teams could not make the ship move.

In light of the increasing costs arising from the continued attempts to refloat the vessel, Evergreen declared General Average today

What does “General Average” mean?

As for now, the plan is to resume further dredging. The tentative plan is to attempt the next refloating of the vessel on April 4, but the exact number of tugs and configuration is not yet determined. If the next attempt fails again, reports indicate that reducing the weight of the ship will be considered.

It is worth noting that last year in 2021, after the re-floating of the Ever Given in the Suez Canal, the owners of the ship had also declared a General Average.

Precisely, specialist rescue teams had managed to freed the ship after almost a week, after extensive dredging and repeated tugging operations.