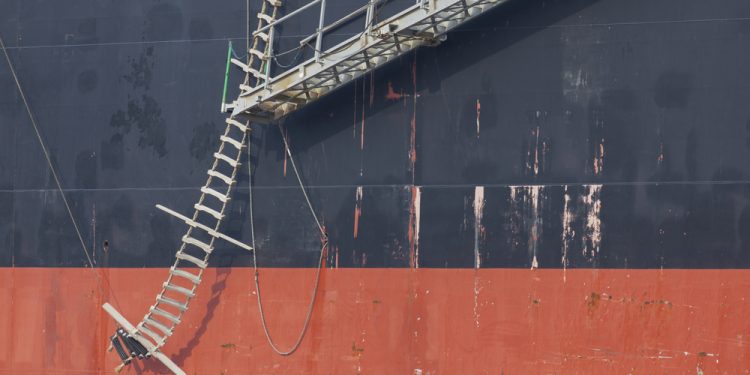 Whenever a pilot or other person embarks or disembarks from a ship by ladder, they entrust their safety to the pilot transfer arrangements provided by the ship and the pilot boat crew. AMSA has noted with concern that since November 2017 several pilots’ lives have been placed at risk, in six separate incidents where man ropes have parted, or its securing point has failed.

In addition, AMSA regularly receives reports and complaints about non-compliant pilot transfer arrangements. What is more, IMPA’s annual surveys on pilot ladders stress the need to improve the awareness of pilot ladder safety amongst both crew and owners/managers. In that regard, shipowners, operators, masters and crews are reminded that pilot transfer arrangements, including pilot ladders, must comply with SOLAS Chapter V Regulation 23 (SOLAS V/23).

#2 Ladders not secured to ship side

#6 Ladder not resting against ship’s hull