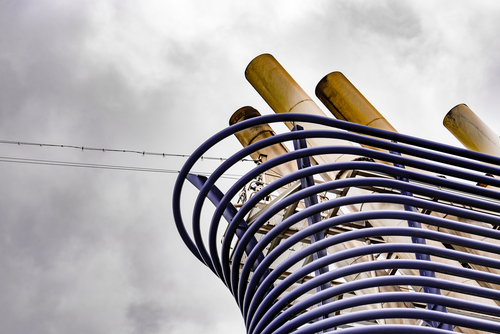 While a majority of IMO delegates spoke up in favour of moving the sector closer to the Paris Agreement’s goal of keeping global heating below 1.5°C during MEPC 78, NGOs expressed dismay over the IMO’s failure to make progress on the urgent short-term measures that would kick-start deep reductions in CO2 and black carbon emissions from global shipping.

According to Dr Sian Prior, Lead Advisor to the Clean Arctic Alliance, “the IMO squandered an opportunity to reduce shipping’s impact on the climate and on the Arctic, by failing to make progress on effective short-term measures which would kick-start reductions in CO2 and immediately cut black carbon emissions.”

It’s clear that IMO member states have not paid heed to the stark warnings provided by recent IPCC reports, which should have been enough to provoke countries into dramatically reducing CO2 and black carbon emissions from the global shipping industry this decade

Dr Prior continued, saying that “this can still be achieved by committing to raise the carbon intensity indicator requirements to a 7% annual improvement in carbon intensity – to be applied to all ships – and by supporting deep mandatory cuts in black carbon emissions from ships operating in and near the Arctic.”

In April, following the release of the Intergovernmental Panel on Climate Change’s (IPCC) Working Group III 6th Assessment Report on Climate Mitigation, UN Secretary-General Antonio Guterres lambasted governments and industry for their climate inaction, while the report criticised the poor climate governance of international shipping, saying that “improvements to national and international governance structures would further enable the decarbonisation of shipping and aviation.”

During MEPC 78, an emissions control area (ECA) was agreed for the Mediterranean as a whole (MedECA). The new MedECA will address SOx emissions only and ships will be required to use fuels with a maximum 0.1% sulphur content resulting in significantly lower sulphur emissions and lower particulate matter including black carbon emissions. This is the first SOx ECA adopted since 2011, and is expected to be adopted at MEPC 79.

The creation of the MedECA is good news – the first new emissions control area created anywhere in the world for some time, and while it won’t have immediate implications for the Arctic, it should be recognised that this type of measure will reduce black carbon emissions and reduce localised health impacts and environmental damage

This IMO also approved guidelines for risk and impact assessments to restrict the discharge of wastes from scrubbers into the sea, where it can have serious environmental impacts on marine ecosystems. These guidelines had been developed by the IMO’s Pollution Prevention and Response subcommittee earlier in the year.