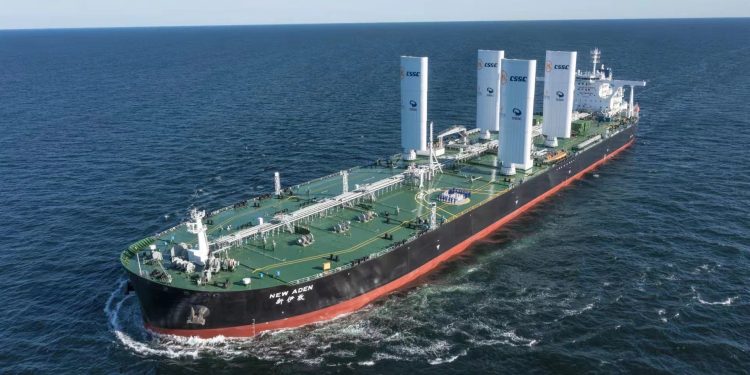 CCS Vice President Mr Fan Qiang represented CCS at the ceremony saying the New Aden is ‘one of the most advanced VLCCs ever built in China’. He also added that the sails are expected to reduce average fuel consumption by nearly 10% on the Middle East to the Far East route cutting an estimated 2900 tons of CO2 emissions a year.

The sails have a combined surface of around 1200 sq m. They are made of a low weight carbon fibre composite supported by high strength corrosion resistance and an autonomous control system, to maximise efficiency in complex operating conditions.

The technology monitors power supply and self-inspects to ensure the hydraulic lifting and electric rotation is optimised to ensure peak performance.

Finally, the ship meets the EU Inventory of Hazardous Materials and ship recycling rules in line with the latest oil major requirements.