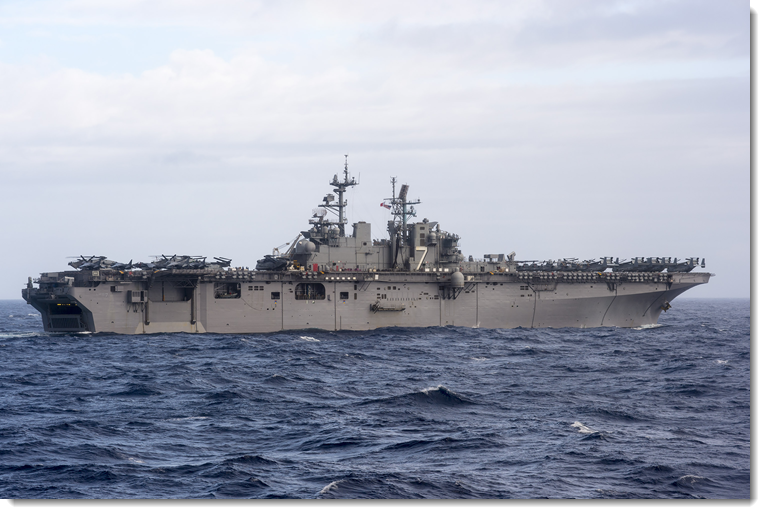 Eleven sailors suffered minor injuries after a fire broke out late Thursday in the cargo hold of the amphibious warship USS Iwo Jima, while the ship was in maintenance at Naval Station Mayport, Florida.

The fire broke out about 11:45 p.m. on Thursday, when sailors onboard reported smoke in a cargo hold. Subsequent damage control investigation identified the fire and confirmed it had not spread to surrounding spaces.

As a result, 11 Iwo Jima sailors reported minor injuries; they were treated at the scene and released.

The fire was eventually put out at about 4:35 a.m., after coordinated efforts by the ship owner company, the Jacksonville Fire and Rescue Department and sailors from nearby guided-missile destroyer USS The Sullivans, local media report.

Sailors are rigorously trained to combat casualties such as this fire, and we are grateful for the assistance of the installation and the local community to help ensure the safety of our people and our ships,

The cause of the fire is now under investigation.

Iwo Jima had been undergoing maintenance since returning from participating in Exercise Trident Juncture with the 24th Marine Expeditionary Unit in December.

This incident follows another similar incident on 10 November, involving the USS Oscar Austin, while undergoing an upgrade at the BAE Systems Norfolk Ship Repair yard, according to USNI News. The fire was caused by hot work.

Tags: fire onboard injury onboard sm US Navy
Related Articles