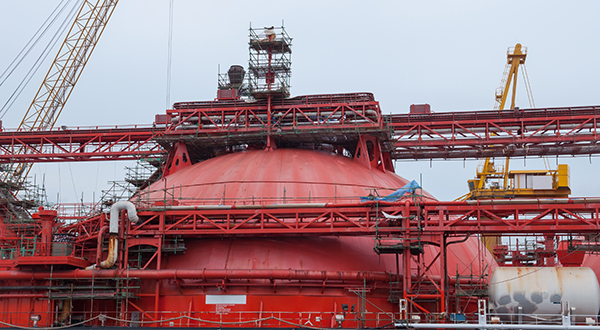 In 2017, natural gas spot prices at the national benchmark Henry Hub in Louisiana averaged $3.01 per million British thermal units (MMBtu), about 50 cents per MMBtu higher than in 2016. The higher prices in 2017 contributed to less natural gas consumption and increased domestic production was offset by increased exports of natural gas by pipeline and LNG cargoes, according to EIA.

Overall, natural gas prices at key regional trading hubs were less volatile in 2017 than in previous years, as pipelines that came online throughout the year eased some infrastructure constraints that affect regional prices. In the Northeast, which tends to have large price spikes during periods of cold weather, new pipeline capacity, along with warmer winter weather, helped to moderate price volatility. However, record cold temperatures at the end of December in the eastern US led to record high demand for natural gas and significant price spikes at many trading locations.

Additional takeaway capacity in the Appalachian region, the region with largest US natural gas production growth in 2017, continued to narrow price differences between Henry Hub and nearby trading hubs such as Dominion South and Transco Zone 6 NY in New York.

Although EIA’s monthly natural gas data for December 2017 will not be available until the end of February 2018, EIA expects the US to have exported 0.4 billion cubic feet per day (Bcf/d) more natural gas than it imported in 2017. The country is exporting more natural gas to Mexico and more LNG to at least 20 countries, while importing less by pipeline from Canada. US net pipeline imports from Canada continued to decline in 2017, in part because of the commissioning of the first phase of the Rover pipeline.

US LNG exports averaged 1.9 Bcf/d in 2017, 1.4 Bcf/d higher than in 2016, as liquefaction capacity continued to expand, with projects as Sabine Pass LNG. Thus, by the end of 2019, EIA expects US liquefaction capacity to reach 9.6 Bcf/d, world’s third largest behind Qatar and Australia. Future US pipeline exports to Mexico are supported by a near doubling of US export pipeline capacity to Mexico by 2019, but further growth will be contingent on the timely completion of Mexico’s connecting pipelines, which so far have experienced delays.

US marketed natural gas production increased by 1% (1 Bcf/d) in 2017, according to EIA’s preliminary estimates for the year.