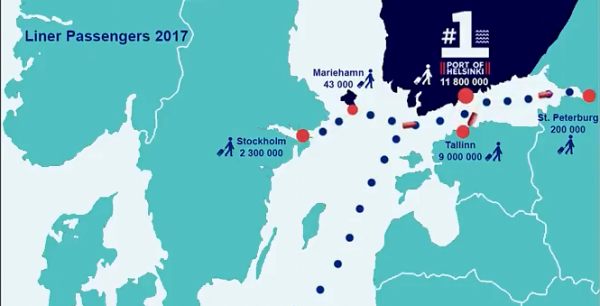 In 2017 Helsinki became the busiest passenger port in Europe and possibly the world, carrying  12.3 million passengers. Passenger numbers continued to increase on the Helsinki-Tallinn route in particular, reflecting the development of Helsinki and Tallinn into ‘twin cities’.

This record can be attributed to the following reasons:

Marine passengers bring over 805 million euros to the Helsinki region annually, and the combined total revenue generated by operations related to the Port is approximately 1.6 billion euros.

Lastly, the sizes of container and ro-ro ships grew, while traffic volumes are expected to keep increasing in the future as well, according to Jukka Kallio, the director of Vuosaari Harbour.