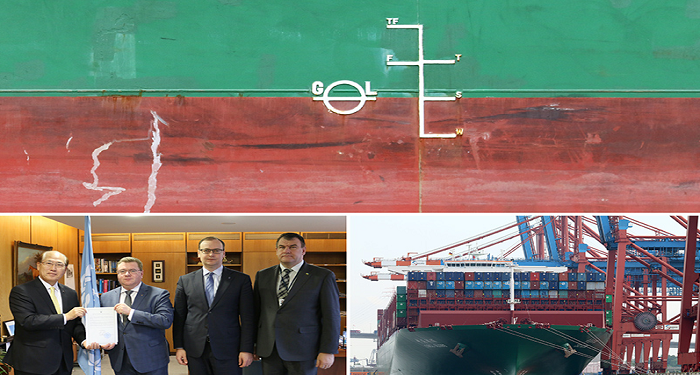 Ukraine has acceded to the 1988 Protocol relating to the International Convention on Load Lines. On Wednesday, December 5, the State Secretary of the Ministry of Infrastructure of Ukraine, agreed with IMO to deposit the instruments of accession.

The 1988 Protocol relating to the International Convention on Load Lines defines the limitations on the draught to which a ship may be loaded. It makes a significant contribution to the ship’s safety. These limits are given in the form of freeboards, which constitute, besides external weathertight and watertight integrity, the main objective of the Convention. Measures under that treaty consider the potential hazards present in different zones and different seasons.

The first International Convention on Load Lines, adopted in 1930, was based on the principle of reserve buoyancy, although it was recognised then that the freeboard should also ensure adequate stability and avoid excessive stress on the ship’s hull as a result of overloading.

In the 1966 Load Lines convention, adopted by IMO, provisions are made for determining the freeboard of ships by subdivision and damage stability calculations. The Convention, which entered into force in July 1968, focuses on freeboards which constitute, besides external weathertight and watertight integrity, its main objective.

The 1988 Protocol updates and revises the earlier treaty. The technical annex contains several additional safety measures concerning doors, freeing ports, hatchways and other items. These measures help to ensure the watertight integrity of ships’ hulls below the freeboard deck. All assigned load lines must be marked amidships on each side of the ship, together with the deck line.

On December 5, Mr. Andriy Galushchak, State Secretary of the Ministry of Infrastructure of Ukraine, met IMO Secretary-General Kitack Lim at IMO Headquarters in London to deposit the instruments of accession. The 1988 Load lines Protocol now has 110 Contracting States, representing more than 97% of world merchant shipping tonnage.