The UK’s offshore oil and gas industry revealed a roadmap to halve its operational emissions in the next decade, confirming its pathway to become a net zero emissions basin by 2050.

A report published by Oil and Gas UK, The Pathway to Net Zero: Production Emissions Targets, outlines how targets will be achieved through changes to operations, progressive reductions in flaring and venting, and major capital investment programmes aimed at using electricity rather than gas, to power offshore facilities.

As such, the sector becomes one of the first in the UK to commit to industry-wide targets and provide details on how they will be achieved.

These targets would remove over 9 million tonnes of CO2 equivalent greenhouse gas emissions from our operations over the next decade; the same as taking nearly two million cars off the road for a year. Each year we will publicly show progress against our commitments on a sector-wide basis,

Specifically, the targets are a key part of a transformational sector deal that industry is now formally discussing with the UK Government.

This could see the sector support wider UK efforts to decarbonise, using its skills and infrastructure to develop critical carbon-cutting solutions such as industrial scale Carbon Capture Usage and Storage, and the use of hydrogen for heating and heavy transport,

You may explore more about the report herebelow 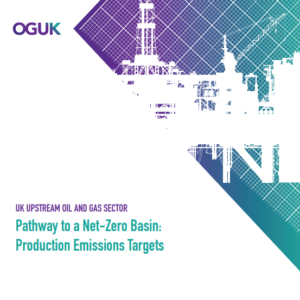