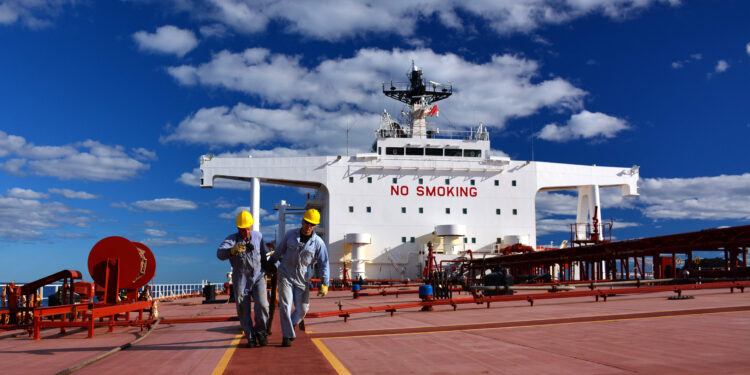 Above image is being used for illustration purposes only/ Image credit: Shutterstock

In light of the COVID-19 outbreak and the crew change matter that has presented, Human Rights at Sea strongly denounces ITF’s ‘Enough is Enough’ Call to Action.

In fact, the International Transport Workers’ Federation stated that will assist seafarers to exercise their right to stop working and return home, following governments’ failure to enable crew changes.

Following the above, Human Rights at Sea denounced this action, as it considers that might bring negative consequences for the most vulnerable in society.

Such a call to action for global organised disruption will predominantly affect those in the margins of society for whom charity and welfare support are quite literally life-lines, including the reliance on regular seaborne re-supply for supporting the day-to-day lives of entire communities and States.

According to HRAS, if seafarers stop working, millions of people who rely on food and medical shipments in refugee camps such as those in Yemen, Somalia and elsewhere around the world, would suffer unnecessarily.

Previous claims of a ‘humanitarian crisis’ due to lack of crew-change could now be eclipsed in terms of repercussions of this unnecessary call to action, while the consequential deaths resulting from failures to deliver aid, urgently needed medicines, re-supplies for global frontline healthcare workers, including critical stocks of PPE and medical equipment to fight the COVID-19 pandemic, as well as essential raw materials, food and oil, must see those responsible held to account.

Concluding, Human Rights at Sea reported that cannot support ITF in this action and urges IMO, ICS and other shipping organisations to publicly distance themselves from this damaging call to action.