British Authorities fined an insurance company and an advertising agency 135.000 pounds as they violated the GDPR regulation. Both of the companies belong to the same person. It was found out, after an investigation, that the person responsible mistreated their customers' personal information for political purposes.

Specifically, as the person responsible tweeted, both companies informed their subscribers that they would get a 10% discount on insurance after voting in favour of Brexit.

Information Commissioner after conducting a research resulted that both companies took advantage of their customers' personal information aiming to use them for marketing and political reasons based on Brexit.

According to the survey, more than 1 million emails that were sent from the advertising agency to its subscribers were based on marketing purposes in favour of the insurance company.

The person responsible tweeted that his companies might have mistakenly sent the newsletter to their subscribers. Yet, there are no signs of conspiracy.

Generally, in less than a year after the regulation entered into force, citizens have become more conscious of the importance of data protection and of their rights, with national Data Protection Authorities having received more than 95,000 complaints from citizens by now, they stressed.

Concluding, the Data Protection Authorities are also enforcing the new rules and better coordinating their actions in the European Data Protection Board. They are guiding companies, especially small and medium sized enterprises, and citizens, explaining them their rights and obligations. 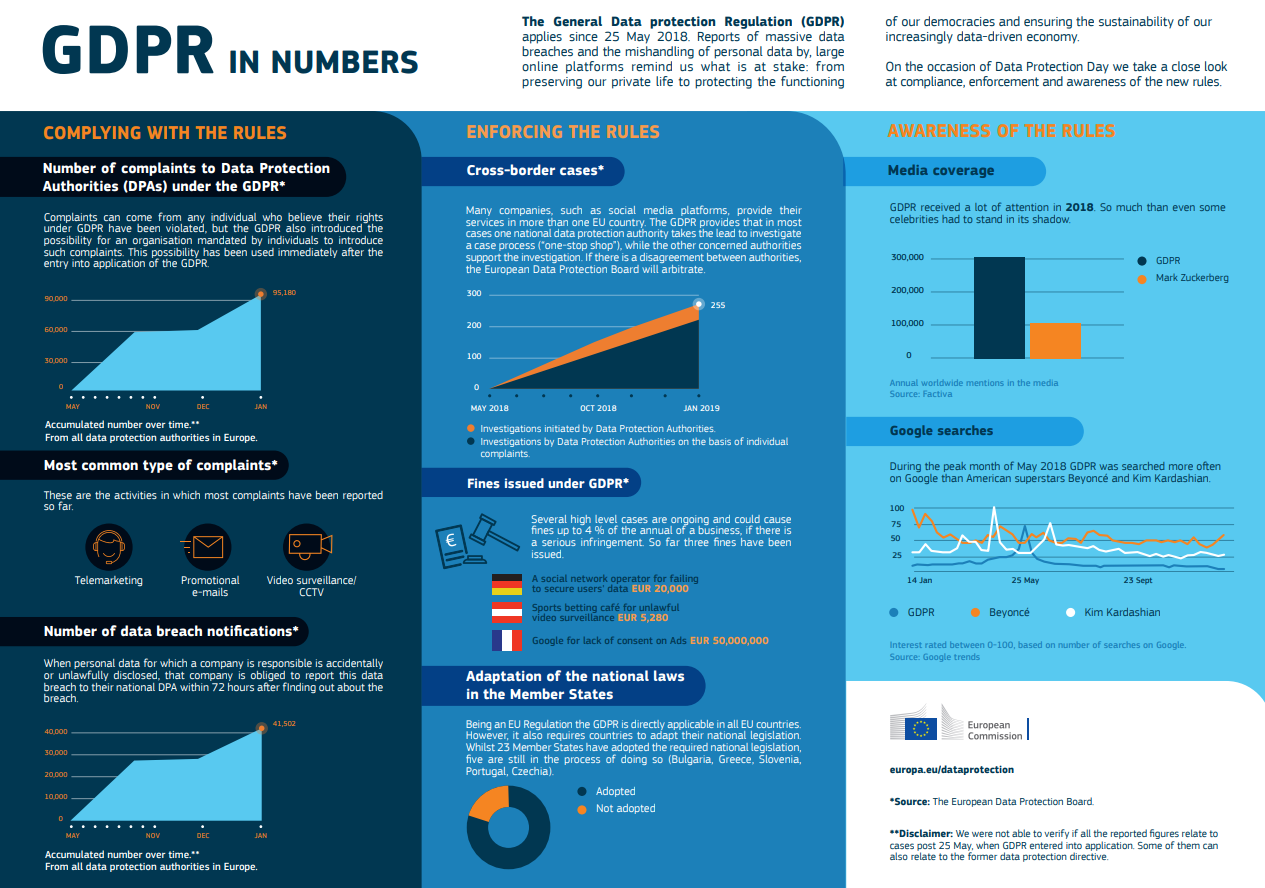