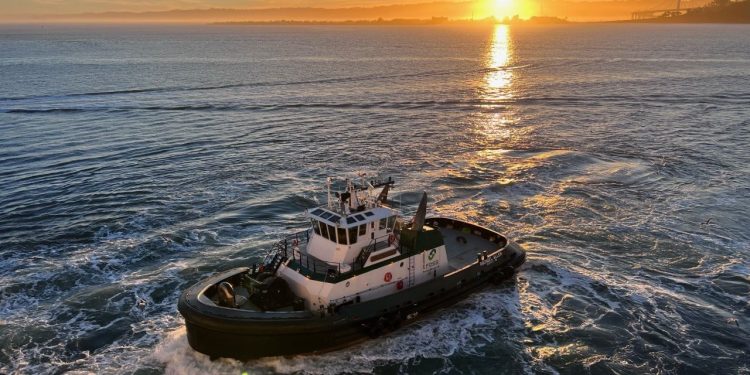 The SM300 transit autonomy and station keeping are provided by interfacing with the Kongsberg-MTU propulsion system controls.

Sea Machines has previously earned full approval from ABS for its SM200 commercial wireless helm for installation aboard a class of U.S.-flag tugboats that support articulated tug-barge (ATB) sets.

The SM300 installed on “Rachael Allen” is the result of close collaboration between three U.S.- based companies: Sea Machines, Foss and ABS. This cooperation highlights the importance of interdisciplinary collaboration in bringing emerging technology solutions into commercial operations and enhancing productivity and safety by addressing issues like crew fatigue during long transits or idle periods.

Autonomous technology continues to advance at pace and ABS is committed to supporting its introduction to the industry.

Rachael Allen is deployed to Foss Maritime, in California, where it provides tanker escort and ship assists for Foss’ customers.

In a similar development, another harbor tug became the first vessel to be verified for autonomous collision avoidance in the Port of Singapore.

Maju 510 was also the first to receive ABS Remote-Control Navigation Notation after initial remote operation trials at the Port of Singapore in April 2021. These latest trials verified the next level of autonomy by demonstrating automated situational awareness, collision avoidance, and maneuvering control provided by ABB technology.