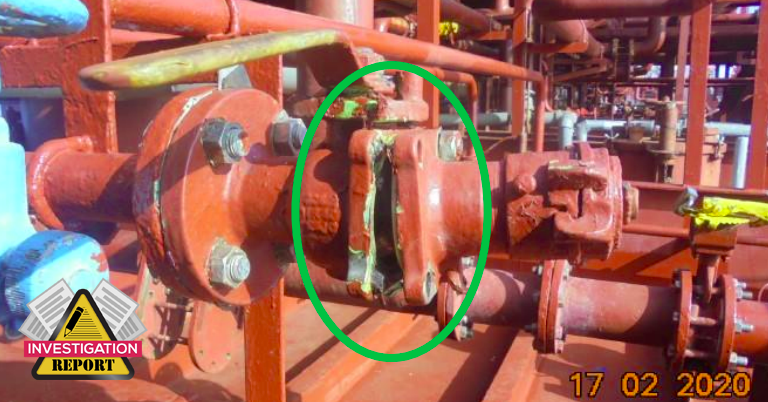 Transport Malta MSIU issued an investigation report on the serious injury of a crew member during tank cleaning operations, onboard the Sichem Manila, while at Tarragona anchorage, Spain. The crew member was spilled with hot water while shutting off a valve. The investigation established that mild steel bolts holding the valve block and the valve bridge were heavily corroded.

On 17 February 2020, whilst Sichem Manila was on anchor, several crew members were engaged in cargo tank cleaning operations.

During the process, while one of the crew members was shutting off a valve on the cargo tank cleaning line, the block of the valve burst open, spilling hot water over him.

The Marine Safety Investigation Unit (MSIU) concluded that the cause of the valve block failure was either a high-pressure stream of water or a water hammer effect, acting on the corroded mild steel securing bolts of the valve block.

During the safety investigation, the company took the following measures to prevent similar accidents onboard its vessels: 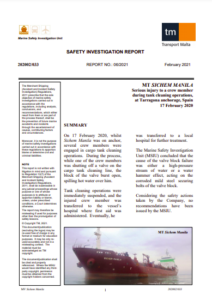