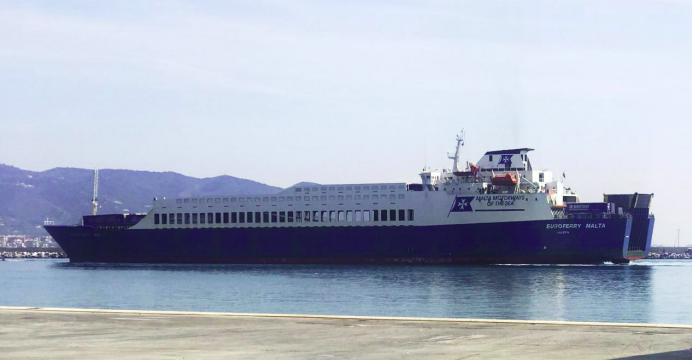 Transport Malta MSIU issued an investigation report into the fatality and serious injuries on board the Maltese-registered passenger/roro vessel Euroferry Malta, in October 2019, in heavy weather conditions. The investigation highlighted that the anchors were not secured, as this was not common practice for the ship in such voyages.

On 06 October 2019, Euroferry Malta left the port of Cagliari, Sardegna, Italy, for a coastal voyage to Porto Torres The vessel was already experiencing inclement weather.

The bosun and two ABs suffered serious injuries, while one AB suffered fatal injuries, as a result of this occurrence.

Most probably, the securing of the anchors was viewed as an urgent and necessary task by the crew members, which led them to accept the risks associated with conducting this task in the prevailing weather conditions.

The master therefore must have found himself in two situations which were less than ideal and the decision to alter course to 335° was considered to be the most appropriate to allow the crew members to increase the cargo lashings on deck.

Following the accident, the Company took the following actions to prevent recurrence of similar accidents:

In view of the conclusions and taking into consideration the safety actions taken: