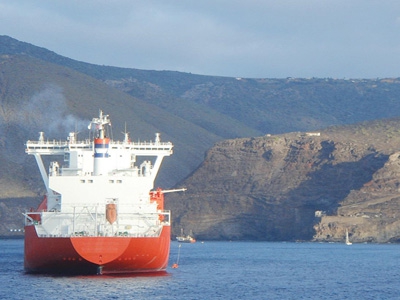 The Voyage Data Recorder (VDR) is now an established item of bridge equipment. TheLondon P&I Club’s Ship Inspection Programme results in this area would confirm that theoperation of these units on entered ships is generally well understood.

However, there are instances where the Master of anentered ship has failed to perform the steps required topreserve VDR data in the event of an incident; or failed torecognise circumstances in which VDR data (particularlyvoice traffic on VHF and on the bridge) may be veryvaluable in the defence of a claim.

In a first example, a ship heading into port was presentedwith a ‘head-on’ situation as described in Rule 14 of theInternational Rules for the Prevention of Collisions at Sea.Though a departure from the ‘Rules’, a deal was struck onthe VHF between the two ships. Due to the location of theentered ship’s intended berth, an alteration of course toport was to occur. Both ships subsequently collided,resulting in a considerable claim upon the Club.

The Master did not save the VDR data – it is presumedbecause the data could be incriminating and used againsthim. Unfortunately, while the same information was notlikely to reverse any liability for the incident, it may havebeen useful evidence to assist in reaching an amicablesettlement. The effect on the settlement of the claimcannot now be quantified, though it stands to reason thatthe Member would have preferred the Master to havesaved the information. In an attempt to protect himself, theMaster may have exposed his Owners to a larger settlement.

Emergency Guidance Manuals onboard usually containaide memoir sheets to assist the Master with thosestructured and ordered tasks which need to be taken inpriority order, and are aimed at ensuring steps are notmissed in the stress of an emergency. We ask Members toconsider the insertion or addition of the VDR data save insuch lists as a low priority matter.

A second example concerns an entered container shipwhich, due to impeding poor weather, was forced todepart from a container berth without the lashing of manyof her containers. Unfortunately, when the ship wasexposed to the poor weather a number of the unlashedcontainers were lost overboard. In some waysunderstandably, the Master did not consider this situationto be one where VDR data ought to be saved. During thehandling of the ensuing claim, the Club feels that the VDRdata would have probably represented a valuablenarrative of the exchanges between the port authoritiesand the bridge team and could have helped greatly in theclaim negotiation.

The Club makes no particular recommendation other than to hope that these examples bring the matter to the attention of deck officers.