Submariners row across the Atlantic 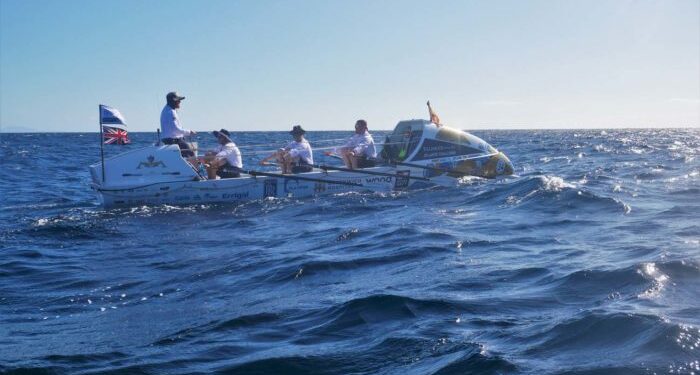 The beginning of the race was touch and go, due to the demise of our autopilot which meant we had to steer manually and took us down to three men for 24 hours. But determination and great team work meant we still managed to remain in the front pack

The team of four had a strict schedule of rowing two hours and sleeping two hours – 24 hours a day. At their lowest, the team battled blisters, sores, dehydration and extreme fatigue in 40C, burning 12,000 calories a day and losing around 20% of their body weight.

However, with the end in sight, HMS Oardacious experienced perhaps their worst day of the challenge. As they revealed, a wave hit the 28ft rowing boat, sending Lt Fraser and PO Woods overboard. Nevertheless, the team knew what to do and the pair were quickly back in the boat.

The team reached the finish line over the weekend, and PO Woods, from Northern Ireland, said:

It was an incredible challenge for a worthwhile cause and it feels great to be back on land, reunited with loved ones. My gran was told to prepare bangers and mash for our return so that will be next on my list