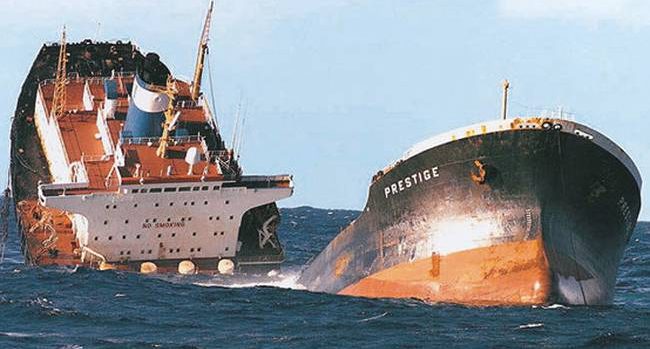 On Wednesday, a court awarded the Spanish state a total of 1.6 billion euros (USD 1.9 billion) in damages over the 2002 Prestige oil spill, one of Europe's worst environmental disasters, which broke up and sank in 2002.

Specifically, the court ordered the regional government of Galicia, off whose coast the Prestige tanker sank, to be compensated 1.8 million euros and neighbouring France, which was affected as well, 61 million euros. Also, the court said the ship's captain and its insurers, the London P&I Club, to pay one billion dollars which is the maximum limit fixed by the company in its contract for the ship.

In response, the  London P&I Club stated that it ''remains concerned at the direction that the Spanish Court has taken generally, including in respect of the international CLC Convention''. The London Club said that it is looking forward to clarification of and the opportunity to study the findings in more detail before making further comment.

Apart from the insurer and Prestige's captain,  the shipowner Mare Shipping and the IOPC Funds are expected to provide the remaining compensation amount, the Telegraph reports and estimates that the total cost of the damage is over €4.4bn, with 22,000 dead birds found in the immediate aftermath of the incident.

On 13 November 2002, the Prestige was carrying 77,000 metric tons of two different grades of heavy fuel oil, when it encountered inclement weather off Costa de la Muerte, in Galicia, northwestern Spain, and started to take on water.

As French, Spanish and Portuguese governments constantly refused to allow the ship to dock, in order to avoid pollution of their coastlines, and after several days of sailing adrift, the vessel split in half on 19 November. It eventually sank only about 250 kilometers from the Spanish coast, releasing over 20 million US gallons (76,000 m3) of oil into the water.