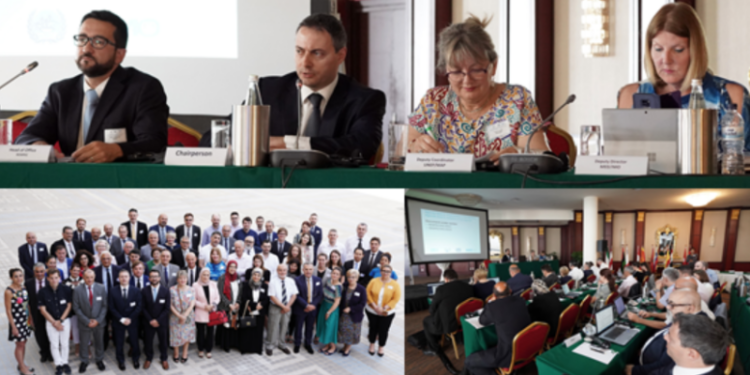 To address negative effects on human health and ecosystems of maritime activities, more than 80 participants from 19 Mediterranean coastal States and European Union, as well as the IMO and the United Nations Environment Programme (UNEP), other governmental and non-governmental organizations, the industry and associations, met in Malta last week to discuss several technical issues and strategic issues.

With its strategic location, the Mediterranean Sea accommodates important transit lane and transhipment activities for international shipping. In addition, it has seen a significant and rapid increase in cruise ship movements over the last two decades, becoming the second biggest cruising region in the world.

Taking these facts into consideration, the meeting agreed to:

The Meeting ALSO congratulated the Centre for the 25th Anniversary of the establishment of the Mediterranean Assistance Unit (MAU). It alsowelcomed the signing of the agreement with its sixth member, namely the Adriatic Training and Research Centre for Accidental Marine Pollution Preparedness and Response (ATRAC).

Before this meeting, on the 14th May 2019, the European Maritime Safety Agency (EMSA), after a request made by the European Commission, organised a meeting to discuss the possibility of designating the Mediterranean Sea as an Emissions Control Area (ECA).

A general support towards the goal of the designation of SOx ECA in the Mediterranean Sea was the overall outcome of the meeting. Nonetheless, the need to prioritize actions to promote the ratification of MARPOL Annex VI by those countries still pending to do so, the need to ensure the possibility of bunkering low sulphur fuels as well as maintaining fair competition among all the ports in the Mediterranean Sea, the potential economic impact in some areas heavily depending on maritime traffic were also discussed. Namely, participants agreed that concrete actions must be adhered prior to the finalisation of the submission.

In addition, at the G7 meeting of Environmental Ministers in Metz, France, on May 6, the Italian Minister Costa met with his French counterpart, De Rugy. Among the topics discussed, it was decided to conduct a joint initiative to get the declaration of a combined SECA and NECA for the entire Mediterranean Sea.