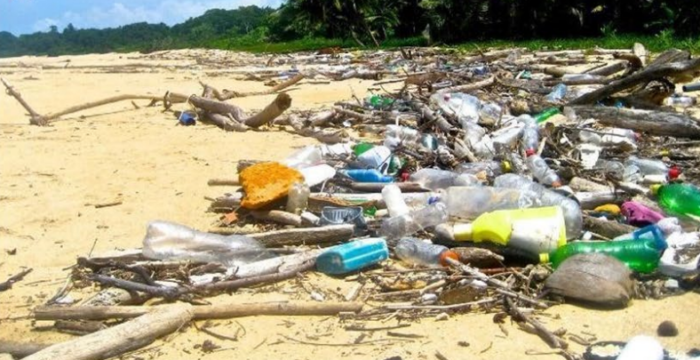 At the end of May, California Senate passed the 'California Circular Economy and Plastic Pollution Reduction Act' according to which the producer manufacturers and retailers in California should reduce the waste generated by single-use packaging and products by 75%  by 2030 through producing less plastic, recycling more of it, making reusable packaging, or using compostable materials.

In addition, the bill would also set guidelines for manufacturers of single-use plastic packaging and products that would ensure that 20% of their products are recycled by 2024, 40% by 2028, and 75% by 2030.

The single-use plastic crisis is so pervasive that we’re seeing microplastics in the tiniest plankton to the largest whales. We need really strong, bold and timely action now and we don’t have any more time to wait to address the issue.

In the possibility that the introduced bill earns the governor's signature, it will be a new opportunity for California.

The focus of the legislation is on producer responsibility — both reducing the amount of waste generated and making sure what is absolutely necessary is either compostable or recyclable.

On average only 9% of plastics are recycled in the United States, and that already-modest number is expected to decrease even further as more countries follow China’s lead in closing their doors to waste exports from the United States and elsewhere.

According to Stiv Wilson, director of campaigns for the Story of Stuff, which is producing a film about the global fight against plastic pollution and is a leading coalition partner supporting the legislation, informed that regulating the materials economy isn’t as easy as a simple message like banning bags, but it’s the only effective way to tackle the problem.

One of the biggest issues is that there’s simply too much plastic, which is why the bill has an emphasis on source reduction.

Moreover, the bill will also boost domestic recycling, build green jobs, and enable companies to develop alternative delivery systems for products that could be reused instead of disposed.

Furthermore, Mr Wilson noted that the nature of the legislation is the only way to reduce plastic pollution, and with California being the fifth biggest economy in the world, the impact of this legislation is likely to be felt in other states.

Concluding, the bill will need to clear the natural resources and appropriations committees in the opposite houses of their origin before having a chance at a floor vote by September 13. If they pass those hurdles and earn the governor’s signature, the legislation would set a high bar for other states.