Broadcaster and naturalist Sir David Attenborough highlighted that industrial overfishing is more dangerous to the ocean than plastic. According to World Economic Forum, if the ocean was an economy, it would be the seventh largest globally. Yet, instead of protecting it, humans jeopardise its future.

Specifically, as Sir David Attenborough, speaking during Friends of Ocean Action, a group of more than 50 global leaders, convened by the World Economic Forum and World Resources Institute, commented

Seafood is a key source of protein for people around the world, but nearly 90% of the world’s marine fish stocks are now fully exploited, over-exploited or depleted. 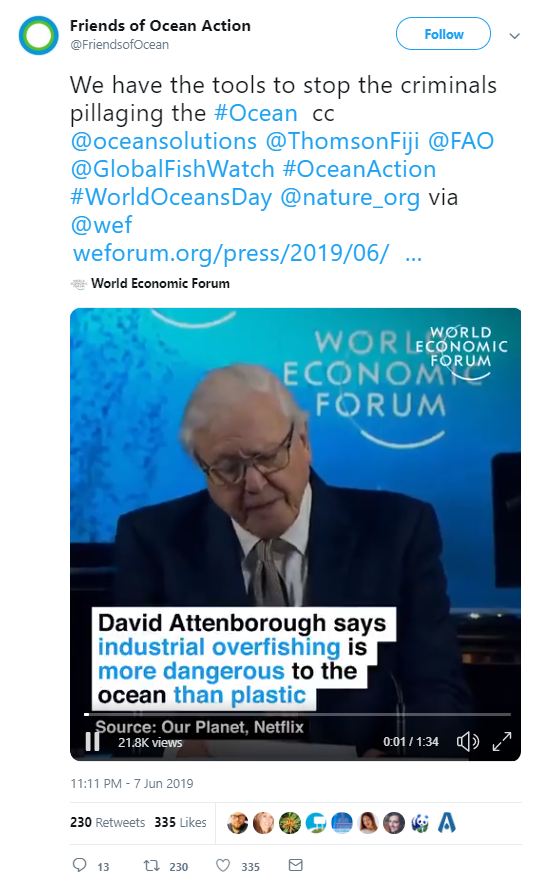 Moreover, over-fishing is wide-ranging. It's a cause of degraded ecosystems and impacts the size of the fish left behind. Also, it affects how fish reproduce and the speed at which they mature.

Yet, there is also the economic aspect as many are the businesses and jobs that rely on the fishing industry. When fish are under threat, the coastal economies that depend on them are also put at risk.

In addition, there's also the matter of illegal and unregulated practices that are difficult to track.

According to Friends of Ocean Action

One in three fish captured never makes it to the plate.

In the meantime, the consumers don't know whether the fish they it has been legally caught. The good news is that the plight of the ocean is rising up the international policy agenda.

The scientists revealed that 55% of ocean surface is exploited for industrial fishing, more than four times the land area covered by agriculture.