by The Editorial Team
in Maritime Software, Shipping, Smart Parent 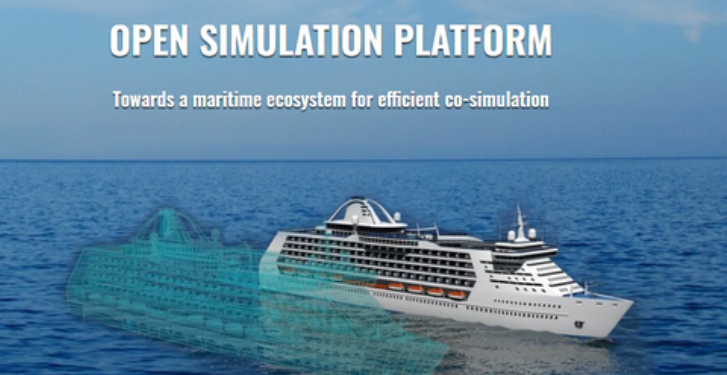 During a recent webinar, a joint industry project, the Open Simulation Platform (OSP), announced the results of its two-year project run and the intention to transition into an open source community.

Namely, the initiative, which attracted some twenty partners, including founding participants DNV GL, Rolls-Royce Commercial Marine (now Kongsberg Maritime CM), SINTEF, and NTNU, was focused on the co-simulation of maritime equipment, systems and ships, with the goal of enabling cross-organizational collaboration.

From its launch in 2018 the OSP has set out to create both a community and tools that would help the maritime industry deal with this increasing complexity, by providing the maritime industry with a new toolset, and enabling efficient and effective creation and maintenance of digital twins for system integration, testing and verification.

Complex cyber-physical systems are being progressively installed industry wide, and their performance depends more and more on their control software. Being able to predict the behaviour of several integrated control software packages during the design, construction, approval and/or operation phase is the key problem that OSP can help to solve.

The OSP JIP launched the results of two years of development with the release of the following:

These deliverables mark the close of the JIP and its transition into an OSP community for the continued development of the open source components, and the start for the development of a new DNV GL-hosted OSP Trust Centre.

Concluding, OSP Trust Centre will build on the four deliverables listed above, and it will host a secure co-simulation environment for cross-organization collaboration in designing, building, operating and assuring digital twin systems and ships. The Trust Centre is expected for launch in in February 2021.