Although the COVID-19 has already disrupted the shipping industry in several ways, the offshore sector is also feeling the impact of the pandemic, as many offshore companies are experiencing lower prices or COVID-19 cases.

Concerning lower prices, Brent is set to mark a drop of around 25%, meaning the biggest decline since December 2008, when it fell nearly around 26%. For the records, Brent crude was up by 2.5% to trade at $34.04 per barrel, following its drop of more than 7% last week. The US plans to take advantage of low oil prices amid the ongoing situation with COVID-19, in order to fill the nation’s emergency crude oil reserve, the US President Donald Trump announced.

In addition, Equinor confirmed of one person at the Martin Linge field in the North Sea that has been positively tested for COVID-19, adding that the person is not seriously ill and has been isolated in his cabin since March 9.

Now, Equinor reported that is making temporary changes to deal with the pandemic, in efforts to mitigate the spread of the virus, and ensure an effective response and coordinated efforts across all business areas to manage the situation both short and long term.

Our response must be to do our utmost to limit the spread of the virus and to take care of safety and health. At the same time, we must make every effort to keep operations and business going and to produce and deliver the energy the world needs.

Therefore, the oil major is implementing a temporary corporate project to handle both short-term immediate response and long-term implications. Specifically, the project will be established and developed in the following days, headed by EVP Pål Eitrheim reporting directly to CEO Eldar Sætre.

It has been reported that four workers are in quarantine onboard the jackup rig Maersk Highlander at Total's Culzean field due to a suspected case of coronavirus on board. Flights to and from the field have been temporarily suspended but production at the UK North Sea field has not been affected, Total said Tuesday. 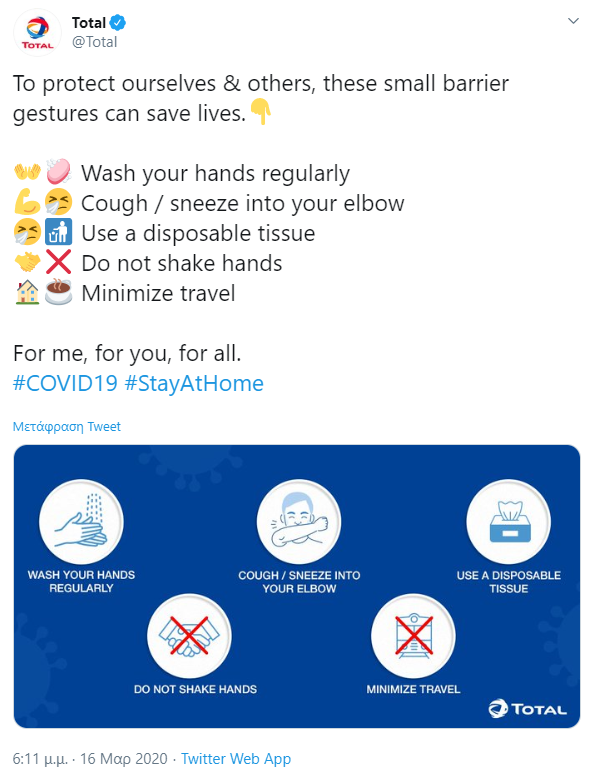 It has been stated that one worker on Chrysaor’s North Everest platform, has been isolated on board after displaying symptoms of Covid-19.

The company's spokesman noted that "Chrysaor Holdings Limited can confirm the suspected case of coronavirus has been identified at a Chrysaor-operated site offshore on the North Everest platform in the UK North Sea ... The individual has been quarantine offshore, their family has been informed and Chrysaor is liaising with Health Protection Scotland to ensure the continued safety of our personnel on board the installation."