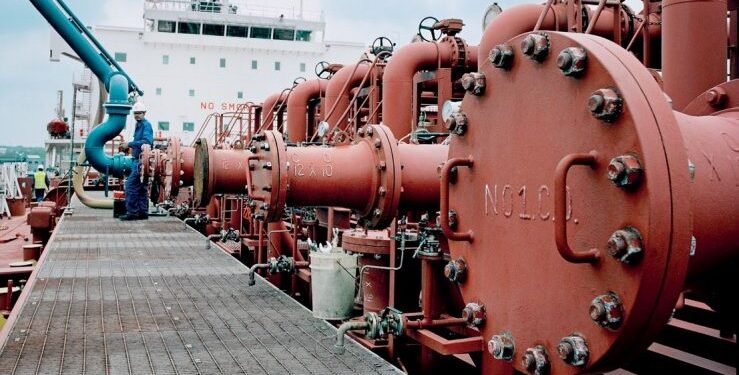 Namely, the company is moving forward on its ambition to offer biofuel to customers as a green transportation option, carrying out a third test voyage using a biofuel.

I’m working with engineers on board to practice how to collect the performance and emissions data we need from the main engine.

…as Henrik Røjel, Head of Fuel Efficiency and Decarbonisation, stated.

As explained, the test will take place over the next few days, as NORD BISCAY sails towards the Black Sea, propelled solely on the biofuel made from waste vegetable oil.

IBIA: Suppliers required to include flashpoint of fuel oil information on BDN

Depending on the outcome, NORDEN could be ready to offer biofuel to customers by next year.

It is known that the shipping industry is under intense pressure to lower its carbon footprint.Currently ocean-going vessels are powered on low sulphur fuel oil or low sulphur gasoil, but Røjel believes biofuel to be a viable carbon-neutral alternative.

We know from previous testing that it’s a reliable fuel from which we can generate sufficient power output – and crucially vessels would not need to be modified to use it.

The development would be a significant boost to NORDEN’s journey to cut carbon emissions. If just 10 NORDEN vessels switched to biofuel, this would equate to a CO2 reduction of 150,000 tonnes per year, or 4% of total emissions.

For the records, the biofuel is produced by Dutch company called Good Fuels. As it can only currently be bunkered in the Netherlands, for customers purchasing a green transport option it would not necessarily be the same vessel that transports their goods running on biofuel.

Instead they will be allocated a reduction in Co2 based on the carbon credits principle.

Currently there is not enough biofuel to power the shipping industry, but this will change as biofuel production becomes more advanced. It is hoped that by next year, biofuel could be available in some of the biggest bunkering hubs around the world.