According to AAPA, a 2016 survey found that US ports and their private-sector partners planned to spend about $31 billion a year through 2020, provided the infrastructure outside the ports’ jurisdiction, like roads, rails, bridges, tunnels and navigation channels, would support those investments.

Activities at U.S. seaports account for more than a quarter of the nation’s economy, support over 31 million American jobs and generate more than $378 billion a year in federal, state and local tax revenue. It’s vital the federal government uphold its end of the partnership with ports to ensure the country has a 21st century goods movement system in place

As the association said, proposed for the budget chopping block is the USDOT’s Port Intermodal Infrastructure Program (PIIP), which started as the Port Infrastructure Development Grants program in FY'19.

By the end of this fiscal year, the PIIP will have awarded more than $500 million in grants, in order to enhance the safety, efficiency, and reliability of multimodal movement through US’s seaports. The US Department of Homeland Security’s Port Security Grants Program (PSGP), which Congress last funded at $100 million, would also be eliminated if the budget were implemented.

What is more, President Trump has also suggested slashing the Environmental Protection Agency’s (EPA) budget by 31%. EPA’s budget funds the Diesel Emissions Reduction Act (DERA) grants, which would be cut by 89% over FY'20 enacted levels.

Led by a 20% rise increase in construction funding, US’s FY'21 budget for the US Army Corps of Engineers coastal navigation program would grow 10%, in comparison to FY'20 budget request. While AAPA acknowledges this increase, the amount is still almost 40% less than FY'20’s appropriated level.

We live in an interconnected world, and overseas trade … 99 percent of which moves through ports … is absolutely vital to our economy. Federal investments into port-related infrastructure, security and environmental programs pay huge dividends in terms of economic growth, good American jobs and supporting activities that generate sizable tax revenues 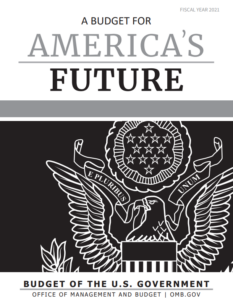