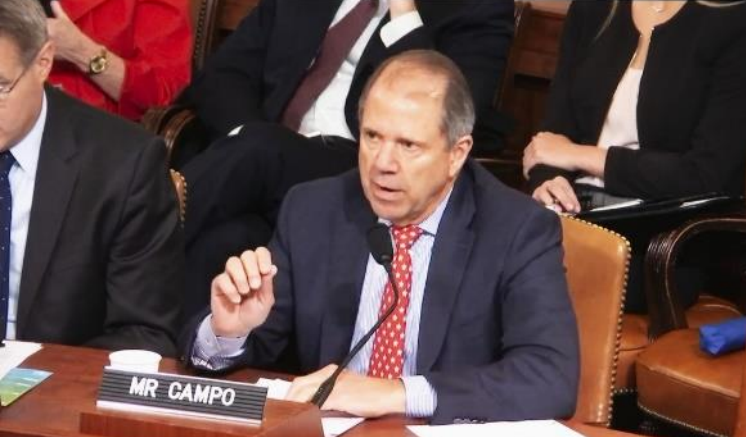 Port Houston Chairman, Ric Campo, testified Thursday before the US House of Representatives Committee on Ways and Means – Subcommittee on Trade, where he highlighted the need to expeditiously widen and deepen the Houston Ship Channel.

Mr Campo's testimony focused on the importance of the Houston Ship Channel to "Trade Infrastructure for Global Competitiveness".

Namely, he stressed the economic impact of the Houston Ship Channel, the busiest waterway in the US, as a critical, national piece of trade infrastructure, and that it is vital to expand the channel to maintain safety, economic growth, and national competitiveness.

The Houston Ship Channel is indisputably a vital pillar of our national trade infrastructure. Together, with our private industry partners, we are working with the federal government to deliver an expanded waterway faster than the traditional process. We cannot afford to wait,

The channel widening, along with deepening in some sections, is the eleventh and next major ship channel expansion project, after the last one was completed in 2005.

Meanwhile, the Port of Houston Authority has proposed an expedited schedule whereby dredging could begin by 2021 and the project be completed in 2024.

The activity along the Houston Ship Channel sustains 3 million US jobs.

In addition, it provides $802 billion in economic value and generates $38 billion in tax revenue, each year.

The greater Port of Houston is the top US port for exports, helping Texas remain the #1 ranked exporting state.

It is also the nation’s #1 energy port and largest exporter of crude oil, and home to the largest petrochemical manufacturing complex in the nation, second in the world only behind Rotterdam.