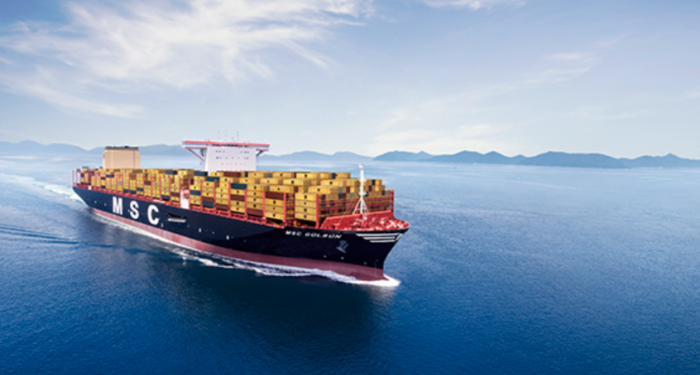 The Northern Sea Route lies in Arctic waters and has been tested by other shipping lines who want to leverage the melting of ice from global warming. In fact, Nikolay Monko, the head of Russia’s Northern Sea Route Administration, highlighted that Arctic shipments during the first nine months of 2019 are equal to 23.37 million tons, adding that by the end of 2019, the volumes are most likely to reach 29 million tons. The shipping volumes show a 40% increase, in comparison to 2018’s volumes.

For this matter, MSC believes that the 21 million containers moved each year for its customers can be transported around the world without passing through this Arctic corridor.

“MSC finds the disappearance of Arctic ice to be profoundly disturbing. Every drop in the oceans is precious and our industry should focus its efforts on limiting environmental emissions and protecting the marine environment across existing trade routes.”

The company added that the decision to avoid the Northern Sea Route is complementary to the company’s wider strategic approach to sustainability. Additionally, after CMA CGM’s decision on not sailing in the Northwest Passage for environmental reasons, Hapag Lloyd joined the French company arguing that the particles produced by the combustion of carbon-based fossils and fuels contribute to global warming, which can in turn harm our ecosystems. Therefore, Hapag Lloyd will decline sailing neither through the Northwest Passage nor the Northeast Passage.

In order to tackle climate change, MSC completed a program to retrofit over 250 ships in its current fleet with the latest green technologies, reducing about 2 million tons of CO2 emissions each year.

What is more, the latest newbuilding additions to the fleet introduced a new class of sustainable container shipping, with the lowest carbon footprint by design, at 7.49 grams of CO2 emissions to move 1 ton of cargo 1 nautical mile.

“The great challenge which remains for container shipping this century is how to decarbonise and meet the UN IMO’s future emissions goals beyond 2030. While we are fully supporting these more distant targets, this will not be achievable without some major breakthroughs in fuel and propulsion technologies.”

What is more, MSC is also assessing the potential of new alternative fuel sources. For this reason, it collaborates with potential vendors to investigate solutions regarding biofuel blends, hydrogen fuel cells, complementary battery power and possibly wind and solar, as part of a long road of discovery in relation to future policy goals.