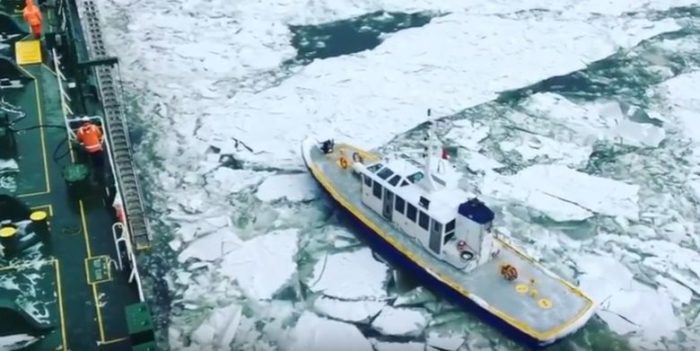 Discussing how to move forward with developing possible mandatory and recommendatory measures for ships operating in polar waters which are not currently covered by the Polar Code, IMO’s MSC 100 agreed on a roadmap which could see revisions to SOLAS and/or the Polar Code considered for adoption in 2022.

MSC 99 had already instructed the Sub-Committee on Ship Design and Construction (SDC) to consider recommendatory safety measures for fishing vessels of 24 m in length and over, with a view to alignment with the 2012 Cape Town Agreement; and pleasure yachts above 300 gross tonnage not engaged in trade (in both cases, for those operating in Polar waters).

At this session, the Committee considered the wider application of Polar Code

Additionally, the Committee agreed for further consideration on a preliminary draft text which would extend the application of the Polar Code to all ships to which SOLAS chapter V (Safety of navigation) applies.

Member States and international organizations were invited to submit information to MSC 101 that will assist to determine the feasibility and consequences of applying the requirements in chapters 9 (safety of navigation) and 11 (voyage planning) of the Polar Code to non-SOLAS ships, in order to progress the work at the next session.

The Committee also agreed that, in the meantime, a resolution could be developed as an interim measure and invited relevant proposals to the next session (MSC 101).

The Polar Code is mandatory for certain categories of ships under the SOLAS and MARPOL Conventions. SOLAS chapter V (safety of navigation) in principle applies to all ships on all voyages (with some specific exceptions) while the applicability of SOLAS chapter IV (radiocommunications) also extends to cargo ships of 300 gross tonnage and upwards, as opposed to the general SOLAS application to ships of 500 GT and above.

SOLAS does not apply to some specific categories of ships, including: