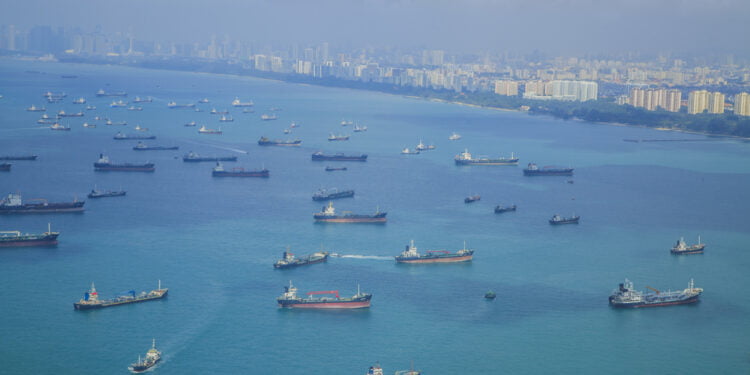 The Maritime and Port Authority of Singapore (MPA) said it has completed investigations into bunker fuel contamination in Singapore port and temporary suspended Glencore’s Bunkering Licence.

MPA was notified on 14 March 2022 that a number of ships had been supplied with High Sulphur Fuel Oil (HSFO) containing high concentration levels of Chlorinated Organic Compounds (COC) in the Port of Singapore.

On 5 May, MPA updated that the source of the affected HSFO fuel containing high concentration levels of COC, supplied by Glencore and PetroChina, was traced to fuel loaded on a tanker at the Port of Khor Fakkan, United Arab Emirates.

MPA also established that both Glencore and PetroChina, had carried out tests on the fuel supplied to ships before their sale based on the international standards of petroleum products of fuel.

MPA found no evidence that Glencore or PetroChina had intentionally contaminated the HSFO.

In addition, between 21 and 23 March 2022, the fuel oil testing laboratory engaged by Glencore reported results showing that the samples taken from the parcels of fuel oil Glencore purchased, contained concentrations of COCs that ranged from approximately 2,000 ppm to 15,000 ppm. COCs are not commonly present in bunker fuel, especially at such elevated levels.

However, MPA found that Glencore continued to supply bunkers blended with the fuel purchased that was contaminated with high levels of COC to vessels in the Port of Singapore from 22 March 2022 to 1 April 2022.

As a result, Glencore breached the terms and conditions of its Bunkering Licence (Bunker Supplier), as it failed to ensure that no bunkers supplied by it were contaminated.

Now, MPA decided to suspend Glencore’s Bunkering Licence (Bunker Supplier) for two months with effect from 18 August 2022. MPA has also asked Glencore to improve its internal procedures to ensure that prompt action is taken in future when it becomes aware of, or reasonably suspects, any irregularity in fuel quality.