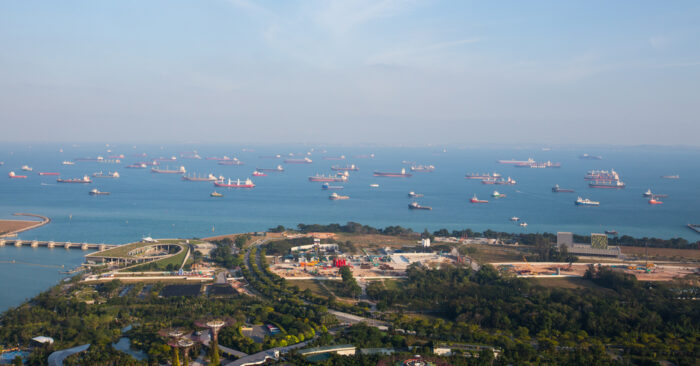 After the fuel contamination crisis in Singapore, MPA Singapore announced that the contaminated HSFO originally came from Khor Fakkan.

MPA Singapore was notified on 14 March 2022 that a number of ships had been supplied with High Sulphur Fuel Oil (HSFO) containing high concentration levels of Chlorinated Organic Compounds (COC)  in the Port of Singapore.

MPA conducted investigations and identified the source of the contamination. At first, the HSFO containing high concentrations of COC was traced back to fuel purchased by Glencore in January and February 2022. Namely, Glencore had purchased the fuel through Straits Pinnacle, which had contracted its supply from Unicious.

To ensure the source of contamination, MPA tested fuel samples taken from various sources, including the tanker which delivered the HSFO from the Port of Khor Fakkan, fuel blending facilities, and storage facilities of Glencore and PetroChina.

The forensic fingerprinting analysis established with reasonable certainty that contaminated fuel onboard affected ships had likely come from the same source of fuel onboard the tanker that was loaded at Port of Khor Fakkan, UAE.

However, as the current international standards do not require tests for COC, the contamination was not promptly detected.

PetroChina and Glencore have since taken the necessary steps to stop supplying the affected fuel. MPA has not received any report of fuel containing high COC supplied by the two suppliers since 31 March 2022.

In light of this incident, MPA encourages bunker buyers to request for enhanced fuel testing for COC from their bunker suppliers. MPA is also conducting further testing of both Glencore and PetroChina’s fuel samples.

MPA and the Singapore Shipping Association (SSA) are currently in discussions with the industry on measures to strengthen the quality assurance of bunkers supplied in Singapore. MPA and SSA will co-chair an industry expert group, which will include relevant professional bodies, to establish a list of chemicals to be tested and their corresponding concentration limits.

The expert group is expected to make its recommendations on additional measures to strengthen bunker quality assurance of bunkers delivered in Singapore, on an urgent basis.

MPA has also raised this issue at the international level. At the recent IMO Maritime Safety Committee (MSC105) working group meeting on ‘Measures to enhance safety of ships related to use of fuel oil’ held between 20 and 29 April 2022, MPA has informed the meeting that a paper on the recent contamination case will be submitted in due course for Member States’ awareness.