Lessons learned: Sludge accumulation can lead to the prevalence of bacteria

IMCA in its recent Safety Flashes, shares a case where amid fresh water tank inspection, it was discovered significant sludge accumulation in the tank. 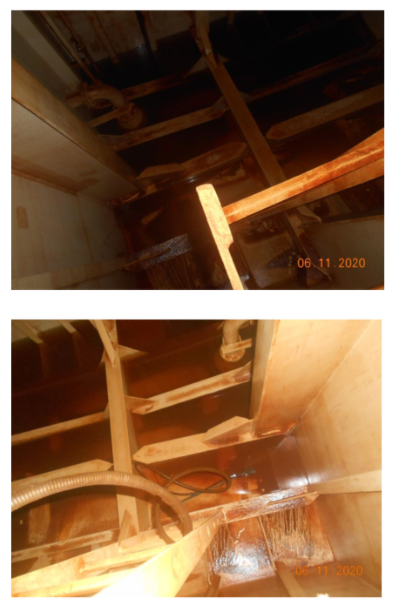 During inspection of a fresh water tank, it was discovered that there was significant sludge accumulation in the tank.

Based on the condition of the tank, it was seen as more than likely that other tanks would be similarly affected and that the cause was due to a common source of water.

Sludge build-up in fresh water tanks, hoses and pipes can lead to the prevalence of bacteria that may pose a health hazard.

“Our member understood that the condition was as a result of the quality of the water obtained from port. There was an accumulation of sedimentation and of organic and inorganic matter over a period of time”.

“Our member flushed hoses thoroughly through and completely filled them with a solution of 50 ppm residual free chlorine, which was then allowed to stand for a period of at least 1 hour before the hoses were emptied and re-stowed”.

Lessons learned: Pneumatic line throwers ought not be used during mooring operation