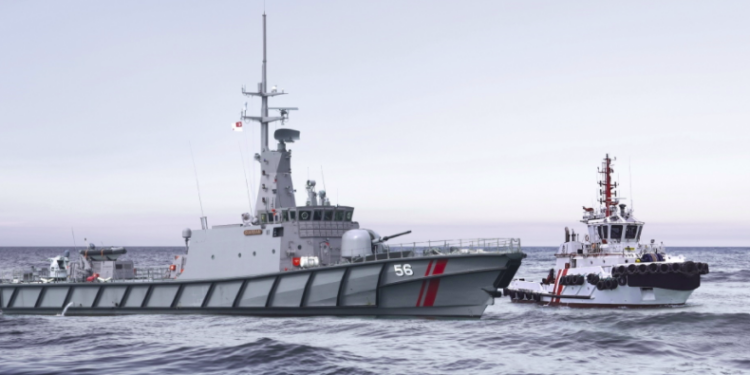 The MSRV (left) and the MSRT (right) will be part of the MSRF, enabling the RSN to respond more quickly to maritime incidents / Credit: MINDEF

The rise in the number of incidents over the past few years has prompted the Singapore government to take further action, with its announced intention to restructure its maritime security arrangements and operate new purpose-built vessels by 2026.

The move comes amid a rise in armed robbery incidents against ships in Asia in 2020. ReCAAP ISC’s annual report recorded a total of 97 incidents of piracy and armed robbery in Asia in 2020, representing an increase of 17% in the total number of incidents and a 32% increase in actual incidents, compared to 2019. The Singapore Strait accounted for a siginifcant proportion of total occurrences, with a total of 34 incidents (compared to 31 in 2019) reported in the region in 2020, of which 30 occurred in eastbound lane of the Traffic Separation Scheme.

Singapore’s Ministry of Defence has previously acknowledged that its maritime security capability, including its security vessels, play an important part in Singapore’s ability to deal with attacks.

In this context, in early 2020, the Ministry announced its intention of a restructure to its maritime security arrangements and, in January 2021, it launched its new maritime and security response flotilla, to further strengthen its capabilities in protecting Singapore’s territorial waters and respond to evolving maritime security threats.

10 kidnapped crew from ”Davide B” released

…according to information provided by Standard P&I Club.

The MSRF will strengthen Singapore’s ability to deal with maritime security threats that have grown in scale and complexity through the years,

Whilst some of the vessels are already in operation, the remainder will be ready in the coming months. By 2026, the Ministry of Defence plans to operate new purpose-built vessels. Although these ships are still in early stages of concept design, they are expected to operate at sea for up to a few weeks and are to be designed for minimal manning with flexible capabilities.

The Republic of Singapore Navy has also announced that autonomous unmanned vessels are currently undergoing sea trials and could be deployed by the end of the year for security patrols and missions. Each vessel is said to be equipped with various security features and will be operated by a limited number of shore based crew.