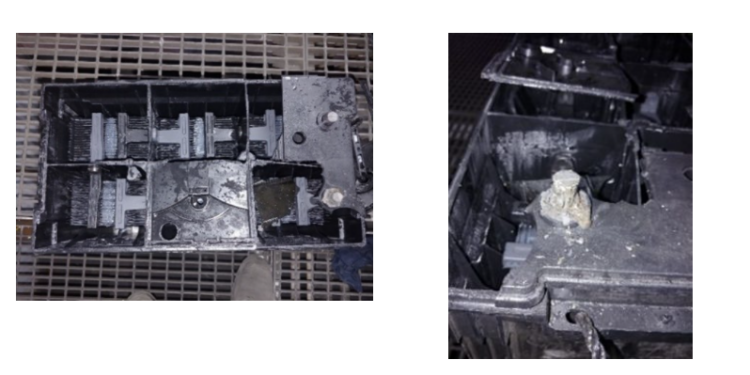 In its recenty published Safety Flashes, IMCA addresses an incident where a lead-acid battery blew up when an engine was started. To remind, IMCA Safety Flashes summarise key safety matters and incidents, allowing lessons to be more easily learnt for the benefit of all.

A lead-acid battery blew up when an engine was started. The incident occurred when, after conducting pre-start checks on a generator, the 2nd Engineer attempted to start the engine.

As the lube oil pressure reached start pressure and the starter motor engaged, there was a loud bang from behind the
engine in the vicinity of the port side battery box.

The 2nd Engineer on investigating, found that one of the batteries in the bank for the generator had suffered a critical failure resulting in the top of the battery case being destroyed.

Eventually, he left the space immediately in case of release of hydrogen gas and woke the Chief Engineer to inform him of the incident.

Lessons learned: Pneumatic line throwers ought not be used during mooring operation