Following the second edition of Safety Digest, it is described how a pilot tranfer operation led to an unsafe interaction between two vessels.

A large research vessel was approaching a harbour and preparing to embark a pilot. The wind was over 30kts from a southerly direction and, after several days of southerly winds, there was an appreciable swell from the same direction.

From the pilot boat, the pilot requested that the research vessel maintain a westerly heading, putting the wind on its port beam and creating a lee to starboard for the transfer.

As the pilot boat approached the boarding point, the research vessel rolled to port, causing the smaller vessel to be pulled in towards the larger vessel.

When the research vessel then rolled back to starboard, its diagonal side fendering struck and punctured the deck edge of the pilot boat (Figure 1). 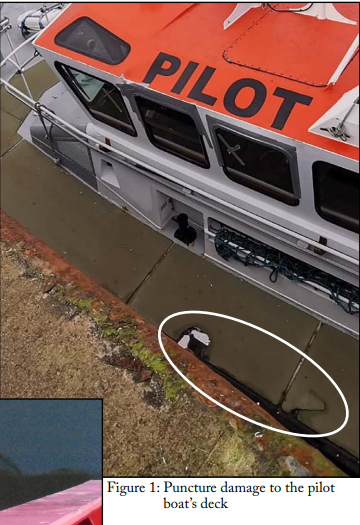 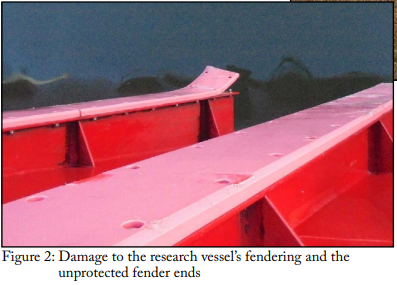 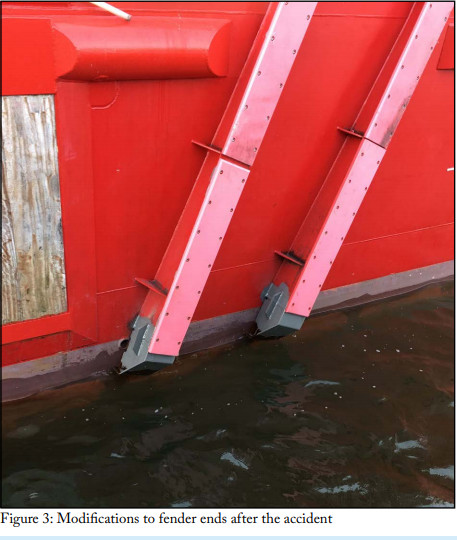