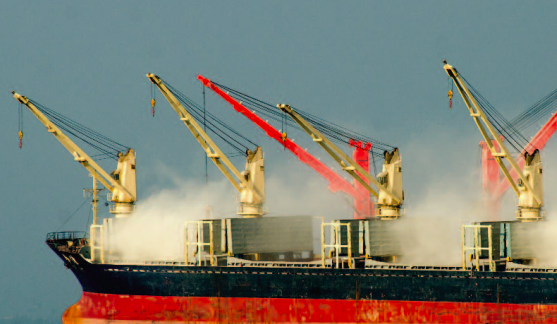 As part of its recently launched casebook containing safety lessons learned from maritime incidents, the Swedish Club describes a case of multiple explosions onboard a bulk carrier, caused by cargo fumigation.

A bulk carrier had loaded yellow corn in all cargo holds up to the hatch coamings. After the loading was complete, fumigation technicians came onboard and fumigated the cargo with fumitoxin pellets. As per the cargo documentation, the fumigation pellets were required to be applied subsurface.

In this instance, the technicians poured the pellets from flasks while walking on the hatch coamings or hatch covers. This work took a little more than an hour and, afterwards, all the cargo hatches were closed and the vessel sailed.

A couple of hours later, an explosion occurred in one of the holds. The crew noted that the hatch covers had moved slightly and blue gray smoke was seen coming from under the edges.

Fumitoxin pellets and similar fumigants are made up of around 55% aluminium phosphide which reacts with water to produce phosphine, an extremely toxic and effective fumigant. Phosphine gas will form an explosive mixture when mixed with air at a concentration exceeding around 1.8% to 2% by volume (the lower flammable limit).

The concentration of phosphine in the air in each of the holds exceeded this lower flammable limit.

The fumigant pellets in each hold had not been distributed across the entire cargo surface, or applied to the subsurface, but had been applied by simply pouring the pellets on top of the cargo.

This method of application had permitted the accumulation of the pellets in limited areas and promoted a relatively rapid reaction of the pellets with moisture, generating concentrations of phosphine gas above the lower flammable limit, which lead to the explosions.

It is important that fumigant is applied according to the correct instructions. As holds are always un-ventilated for a time after fumigation, there may be a risk of excessive condensation, which can produce sweating or dripping. This can lead to cargo damage as well as the fire and explosion risks mentioned above. The weather conditions and cargo conditions, such as moisture content, therefore need to be considered properly before fumigation, which is often carried out by specialist companies.