Procedures: How to conduct a safe cargo fumigation 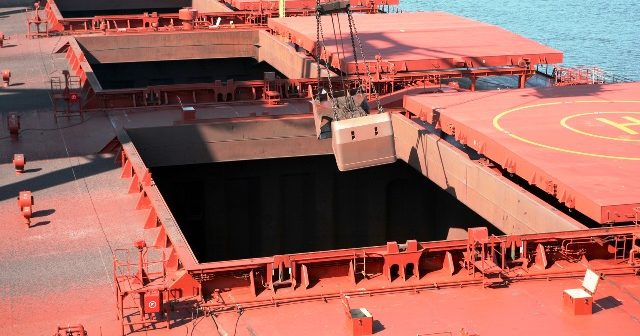 As one of the most challenging operations for solid cargo trade, the safe transportation of grain cargo requires several hazards and parameters to be considered and many measures to be taken. Fumigation is one of these. Fumigants are chemicals which, under certain conditions, will enter a gaseous state and, in sufficient concentration, will be lethal to pest organisms that are considered detrimental for the condition of most grain cargoes. But under which circumstances can fumigation take place?

The ship’s cargo can be fumigated and ventilated:

In these situations, the fumigation continues during the voyage and is not finished until the ventilation and removal of residues is completed, which is normally at the first discharge port.

Fumigants act in a gaseous phase, even though they may be applied as solid or liquid formulations from which the gas arises. Effective and safe use requires that the space being treated be rendered gastight for the period of exposure, which may vary from a few hours to several days, depending on the fumigant type and concentration used, the pests, the commodities treated and the temperature.

Since fumigant gases are poisonous to humans and require special equipment and skills in application, they should be used by specialists and not by the ship’s crew.

A vessel departed Liepaja, Latvia, bound for Antwerp, loaded with a full cargo of wheat in all three holds. Cargo was fumigated and six pieces of 10 mm diameter plastic tubes were hung from the hatch coamings to the tank tops of each hold prior to starting the loading.

When the cargo had been loaded, aluminium phosphide tablets were spread on top and dropped into the tubes. Hatch covers and ventilators to the cargo holds were closed and plastic bags were placed around the coaming drains. In the accommodation, the main ventilation system was closed down, but people were allowed to use the extraction fans from their bathroom/WC. Outside doors were closed and people were ot allowed to go out on deck, unless it was necessary for the operation of the vessel. Two gas masks with eight filters and one gas detection kit with 50 detection tubes were delivered to the vessel by the fumigators who advised that the cargo holds could be opened again after five days.

The crew members were not very familiar with the use of the kit, and the date limit of the detection tubes expired during the voyage. Four days after the start of the fumigation, during anchoring to wait for a berth, a seaman complained about feeling ill, with a slight temperature and vomits.

Having spent 48 hours in his cabin, the seaman was found dead in his bed. Two days later, the second officer also became sick, but recovered.

There was no odour of gas, but when tests were carried out, a high concentration of phosphine gas was detected in spaces within the accommodation.

The deceased seaman’s cabin was on main deck level, in front of the accommodation and next to the captain’s office. When the lining of the office was pulled down, a small corroded hole was found in the front bulkhead. That steel plate was the common boundary with the aft ventilator from the aft cargo hold.

Corrosion within the ventilator over many years had made a small opening for the gas in the cargo hold to pass to the insulation of the accommodation walls. The extraction fans from the toilets created a slight under-pressure, sufficient to draw the gas, which escaped to the cabins wherever there was an opening.

SQE has developed a sample of toolbox meeting in order to be used as guidance onboard.

PROCEDURES: Read in this series

Procedures: Steps for a proper fire drill under SOLAS

Procedures: How to maintain food hygiene onboard

Procedures: How to conduct a safe cargo fumigation