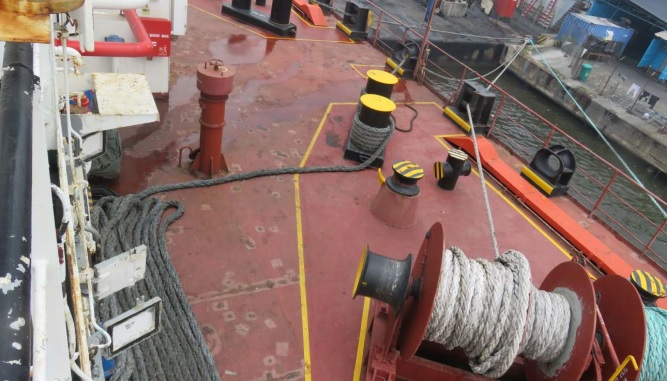 In its latest Safety Flashes, IMCA analyzed a mooring line incident which caused collision between a barge and a tugboat. Although, there was no damage as a result, IMCA stressed incorrect mooring technique and pulling angle as a key safety issue.

During mooring operations of a cargo barge, a mooring line slipped off the cargo barge bollards, causing it to whip back and hit the attending tug.

The tug was damaged by the mooring rope and control of the barge was lost for a short period, causing a minor collision.

Due to the tension in the mooring lines at the time, the lines whipped back toward the attending tug, striking the tug’s monkey island and resulting in damage to the antenna dome.

As a result of the loss of control, the cargo barge and the vessel came into collision; however, there was no damage.

There was no risk of injury to personnel during the incident.