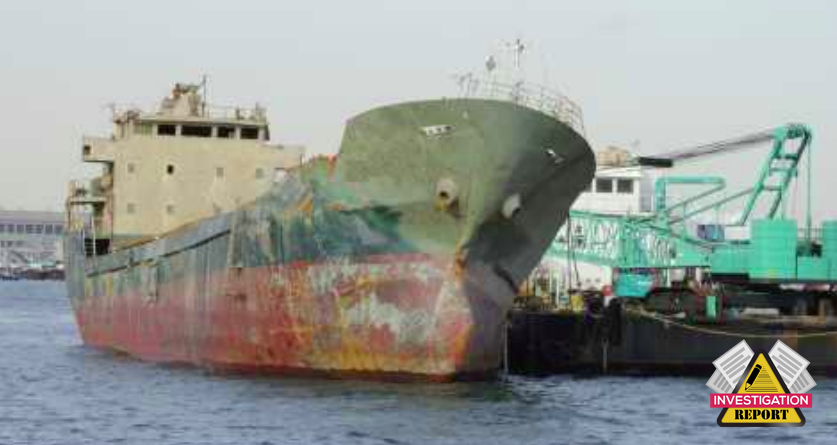 The Vessel mooring at a barge after being raised / Credit: JTSB

Japan’s Transportation Safety Board (JTSB) issued an investigation report on the foundering of the cargo ship JIA DE due to heavy weather in Kanagawa Prefecture, which led to fatalities of 8 crew members, in October 2019.

The cargo ship JIA DE, with 12 crew, was anchoring at K1 anchorage point of Keihin Port on the way to proceed to Song Dang Port, Vietnam, when it encountered winds and waves due to the typhoon No.19 (Asian name “Hagibis”) approaching, and heeled to the starboard side.

The ship subsequently rolled over and took on seawater into the interior of the cargo holds, and thereby foundered around the anchorage at around 21:39 on October 12, 2019.

In view of the investigation findings, JTSB recommends the Panama Maritime Authority, as the flag state of JIA DE, to instruct the Masters and crews in stormy weather and rough seas to: 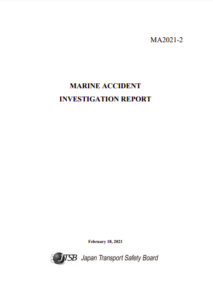