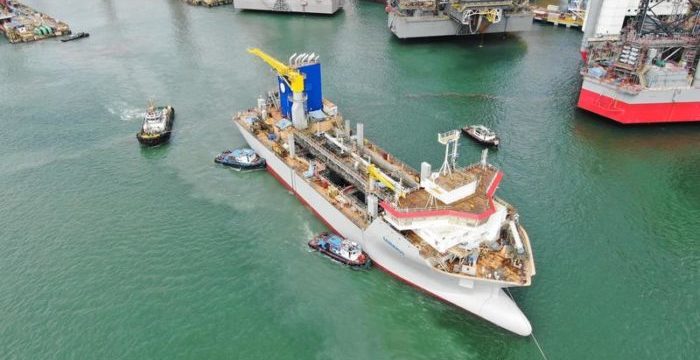 The vessel is the first of the two identical medium-sized hopper dredgers under construction at Keppel O&M’s shipyard in Singapore, fitted with a two-stage filtering technique for exhaust gases.

Generally, Sanderus combines a shallow draught with high manoeuvrability, making her very suitable for working in confined areas. The vessel's major drives are electrically driven, and controlled by means of frequency converters, meaning that each system operates at its own optimal speed and power.

Overall, the Group has designed six ultra low emission vessels. Five Trailing Suction Hopper Dredgers and one Offshore Jack-Up Installation Vessel, the Voltaire. The two 6,000 m³ hoppers and the Voltaire are still under construction. Three 3,500 m³ ULEvs, of which the first was launched in July 2018, recently left Keppel O&M’s shipyard in China on their maiden voyage to their first assignment.