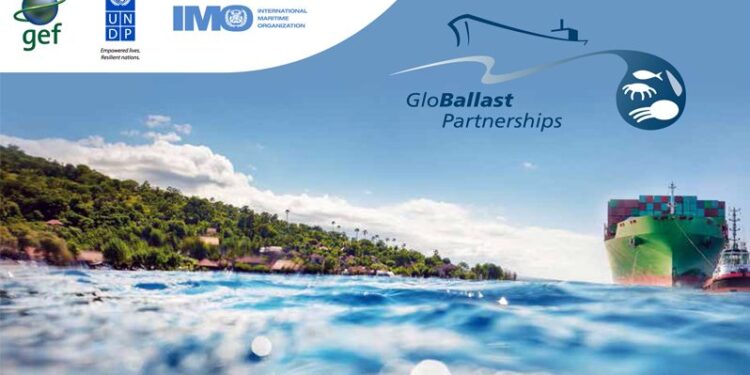 IMO outlines the key achievements of the GloBallast Partnerships Programme, executed by IMO in collaboration with the Global Environment Facility (GEF) and the United Nations Development Programme (UNDP). The project was launched in 2007 after an initial 4-year phase and has been assisting developing countries to reduce the transfer of harmful aquatic organisms and pathogens in ships’ ballast water and implement the IMO Ballast Water Management (BWM) Convention.

“This is a milestone year for marine biodiversity and the sustainable use of the oceans with the entry into force, on 8 September, of the International Ballast Water Management (BWM) Convention. This key treaty aims to reduce the transfer of potentially harmful aquatic organisms and pathogens through ships’ ballast water”, said Mr Kitack Lim, IMO Secretary General.

One of the main challenges needing to be overcome is that ballast water discharge looks like clean water with the majority of species too small to see with the naked eye.

Since 2000, and driven by the desire to mitigate the impacts of harmful aquatic invasions, the United Nations Development Program (UNDP), the Global Environment Facility (GEF), and IMO have worked together under the GloBallast Partnerships Programme (GloBallast) to foster an international and public-private cooperation in the area of ballast water management.

GloBallast recognised that tackling a global environmental threat such as hat posed by aquatic invasive species was particularly challenging for a variety of interconnected reasons:

Ballast water is just one of the major vectors for the transfer of invasive species. Another common vector is hull fouling, whereby harmful organisms attach themselves to the outer hulls of ships and are carried and released into new environments. Because of these parallels, a strategy which tackles threats posed by both ballast water and hull fouling would certainly minimise the future risk of aquatic invasions and subsequent impacts on natural ecosystems and local economies across the globe.

2017 is likely to be remembered as a turning point in the protection of the marine environment. World leaders convene at the United Nations in New York, for what is being described as ‘the opportunity of a generation’ to pledge support for the implementation of Sustainable Development Goal 14 (SDG 14), which calls for a concerted global effort to ‘conserve and sustainably use the oceans, seas and marine resources’.

The UN Ocean Conference sets about initiating concrete actions to reverse the decline in the ocean health – thus ensuring a sustainable future for the planet, its population and their prosperity. Achieving such an ambitious goal will doubtless require actively engaging with and building new collaborations between multiple stakeholders – an approach closely mirroring the strategies employed by GloBallast.

Further details may be found by reading the full report: