How to handle a vessel in rough seas 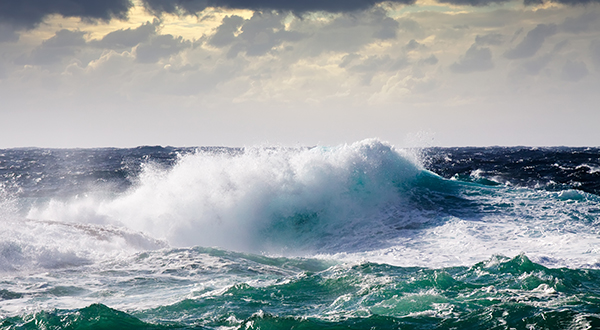 Japan P&I published a loss prevention bulletin on marine weather and the ship handling in rough seas. Navigating in rough weather conditions deserves extra attention from ship operators; Waves caused by winds and swell from several directions results to vessels experiencing a number of oscillations. Thus, it is crucial to have a  precise grasp of the lengths of waves and their undulations, their cycle and wave heights in order to operate safely.

Mainly, when a vessel sails in head seas, its hull experience severe shocks which induce violent ship motions. The ones that are experienced are able to respond by altering the ship’s course and speed as needed. Yet, to accomplish safe navigation in head seas, it is advisable to have more reliable ship-handling techniques backed by theoretical knowledge as to why these phenomena are created and how to avoid the generation of these critical effects, in addition to possessing sea-going experience.

When there are wind and waves, the vessel is at the mercy of the sea. Additionally, depending on the ship’s relative position in waves and, whether it is being lifted up to the top of a crest or falling into a trough, hogging, sagging and twisting forces generate great deflections in the entire hull structure.

In addition, the ship’s speed is usually decreased by wind and wave resistance. This phenomenon is particularly augmented in head seas.

Pitching intensified motion in head and countering seas of rough weather has the greatest influence on the safety of a ship.

When wave length is shorter than ship length(Lpp): Because the ship motions are insignificant as the influence of waves is weak, the bottom of the bow neither rises enough to be exposed dangerously nor dips enough for the fore deck to take on water. 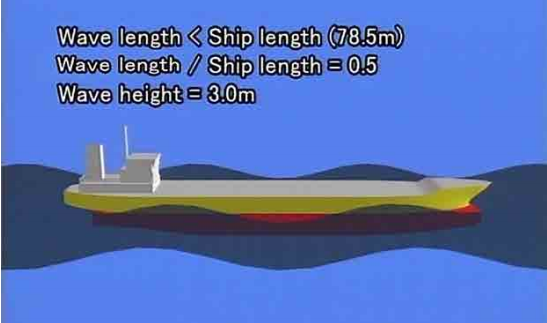 When wave length is longer than ship length (Lpp): A ship pitches and heaves slowly at the front and rear surface of waves that will affect its form. However, this does not cause significant movement. 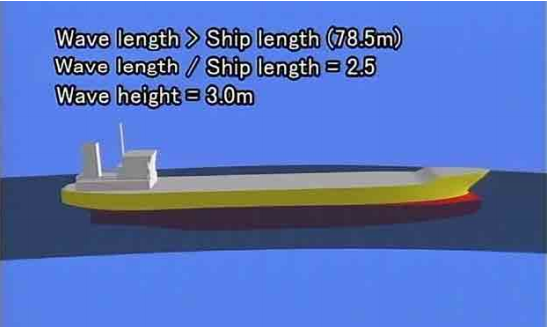 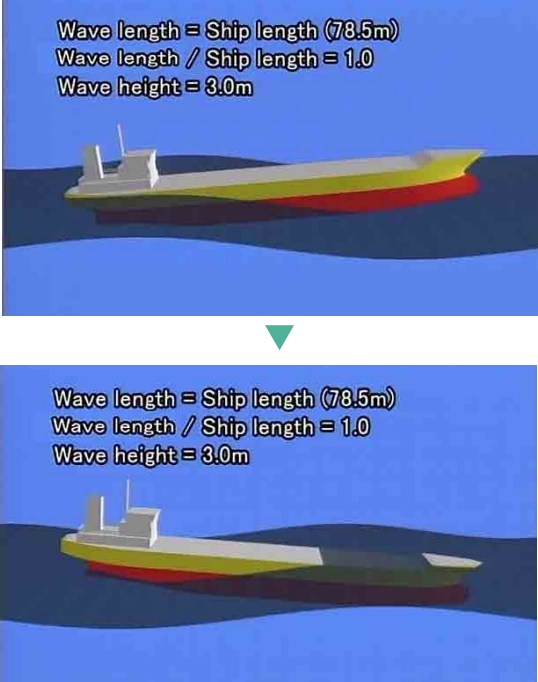 In addition, the rough sea weather conditions, result to:

Although the precise prediction of weather and sea conditions has improved over the recent years, it is still not 100% guaranteed. Naturally, although one may choose a route with a detour, there may be a situation whereby a shorter voyage was not taken due to a misinformed rough sea forecast.

Concluding, for additional information on ship handling in rough weather, you may click on the PDF herebelow 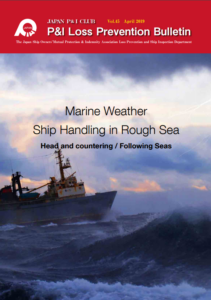