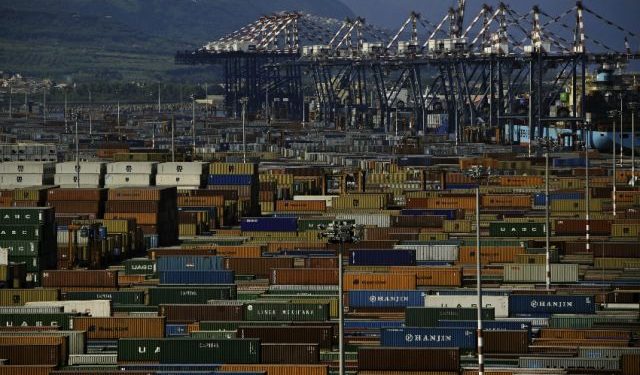 On June 22nd and June 30th, 2022, the European Parliament (EP) and the European Council have voted and agreed on their position regarding the EU Emissions Trading System (EU ETS). FEPORT supports the inclusion of shipping into EU ETS but is concerned on how the extra-EU application of the Directive could impact the competitive position of EU ports.

As FEPORT said, liner services which are engaged in long haul voyages originating from, for example, China or the U.S., could be tempted to change their routes at the expense of EU ports.

The above-mentioned studies as well as the Commission impact assessment, have listed possible harmful effects based on the presumption that the EU ETS, as proposed by the Commission in July 2021, would apply to half of the emissions on extra-EU voyages. Private port companies and terminals therefore alert on the significant increases of evasion as of 2027 when, as proposed by the EP, the EU ETS costs could double.

Evasive calls to non-EU ports can have harmful consequences for business activity and employment in EU ports, but also to the environment. That is, by changing routes ships will lengthen their voyages and avoid being financially accountable for their emissions under the Emission Trading System of the EU

FEPORT stated, welcoming the fact that the EP and the European Council recognize that the application of EU ETS to shipping can have unintended consequences regarding carbon and business leakage and propose some solutions.

For instance, the positions of the EP and the European Council include a definition of “port of call” which excludes stops in a non-EU transhipment port, implying that such port calls cannot be used to trick the system. Moreover, Parliament proposes to subject vessels originating from non-EU transhipment ports to double costs until 2027. Finally, both institutions call on the Commission to monitor effects regarding evasive port calls and propose measures to address this if any negative impact is found.

FEPORT supports these efforts and also thinks they can mitigate negative impacts on the environment as well as employment and business activity in EU ports, but doubts whether the measures proposed will suffice.

The main risk of the extra-EU application of the ETS system is the shifting of traffic from EU to non-EU transhipment hubs. Shipping lines will be tempted to make significant cost savings by dropping of cargo in neighbouring non-EU transhipment ports. The risk of changes in transhipment traffic at the expense of EU ports is, unfortunately, insufficiently addressed in the texts adopted by Parliament and the Council

Considering the above, FEPORT calls on the EU Commission to conduct an additional ex ante impact assessment before the application of EU ETS to maritime enters into force, so that measures to prevent carbon and business leakage that safeguard the competitive position of EU ports can be proposed in a timely manner. Such an assessment should also consider other files of the “Fit for 55 package” impacting the competitive position of EU ports such as FuelEU Maritime and the Energy Taxation Directive.

Finally, EU policy makers should work on other proposals aimed at improving the competitive position of EU port companies by facilitating the public financing of green refuelling and recharging infrastructure and by opening funding opportunities for terminal operators to green and improve the performance of their equipment.

Recently, ESPO and FEPORT jointly agreed that the proposals for an Alternative Fuels Infrastructure Regulation (AFIR) and the FuelEU Maritime Regulation should enable the deployment of Onshore power supply (OPS) where it makes the most sense.