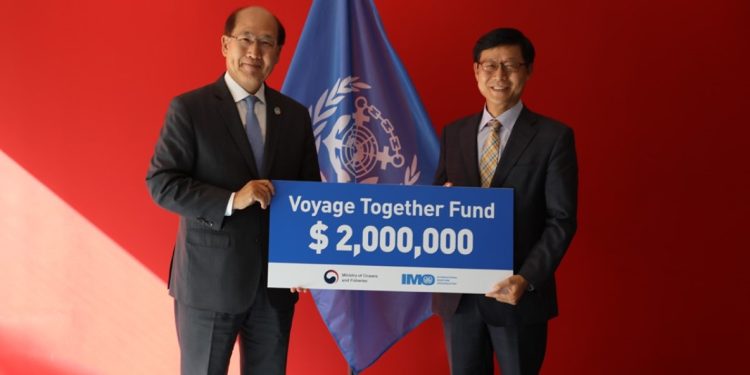 IMO has received an additional US$2.0 million donation to its ‘Delivering Strategy and Reform – Voyage Together’ multi-donor trust fund (VTTF).

The donation was presented to Secretary-General Lim on 30 June by Sang Keun Song, Vice-Minister, Ministry of Oceans and Fisheries of the Republic of Korea.

The VTTF promotes the effective implementation of IMO’s international conventions, IMO’s global stature, capacity building of developing countries, shared growth of all Member States; and strategy development and reform initiatives to enhance the performance of the Secretariat.