Ever Forward in good condition after its refloating operation 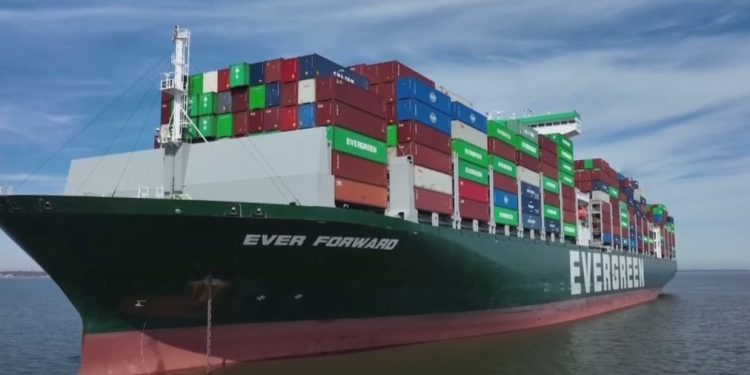 Two days after being pulled free, the Ever Forward containership was reported to be in a good condition. At this moment, the vessel remains anchored off Annapolis, Maryland as of Wednesday afternoon.

As announced, the Ever Forward containership was successfully refloated on Sunday, 17 April 2022, from the bottom of the Chesapeake Bay more than a month after it ran aground.

The U.S. Coast Guard investigation is expected to take months in order to clarify the cause of the incident, however, early reports suggest that the vessel missed a turn in the Chesapeake Bay’s Craighill Channel as it was heading south after departing Baltimore.

After being pulled free, the Ever Forward underwent an inspection by the U.S. Coast Guard and divers in order to inspect any damage to the hull or machinery.

…said a U.S. Coast Guard Commander Baxter Smoak, determining that the vessel is in good condition.

Following the refloating operation, the containership will return to the Port of Baltimore, where the 500 containers will be reloaded, and then it will continue the voyage.

The vastness and complexity of this response were historic, as an incident like the Ever Forward grounding, in type and duration, is a rare occurrence

…said Capt. David O’Connell, commander of Coast Guard Sector Maryland-National Capital Region, noting that “It was the collaboration of each responding agency that resulted in the successful refloating of Ever Forward.”

A few days ago, Maryland Comptroller Peter Franchot urges Evergreen to start a $100m responsibility fund for any economic or environmental impact caused by the Ever Forward’s grounding at Chesapeake Bay.

While we do not know the full scope of the environmental impact thus far, a 131,420-ton ship, carrying tons of cargo and fuel, getting stuck in our waters undoubtedly has resulted in disruptions to the Bay’s fragile ecosystem