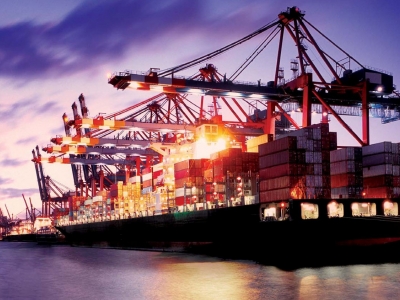 In their press release of 21 July 2011, Paris and Tokyo MoUs announced that they will be running a joint Concentrated Inspection Campaign (CIC) focusing on compliance with structural safety and the Load Line Convention.

According to the Paris and Tokyo MoUs, deficiencies related to structural safety and load lines account for 15% of the total number of deficiencies found in their regions over the last 8 years.

The campaign commences on 1 September and will last for 3 months, ending 30 November 2011.

During the campaign, Port State Control Officers (PSCOs) will check the applicable documentation as well as the physical conditions of vessels.

In the middle of August, a questionnaire was released further detailing the items to be covered by the PSCOs during this CIC. The questionnaire can be found via links on official web pages of both the Paris MoU and the Tokyo MoU.

The questionnaire is divided into two parts:

Part 1 shall be completed prior to a physical inspection onboard and once examination of certificates and documents has been carried out. In accordance with the questionnaire, the PSCO will check whether the vessel has a valid load line certificate and a relevant valid ship safety certificate onboard. The presence onboard of specific documentation covering structural requirements and stability and strength data will also be checked.

Part 2 shall be completed after the physical inspection of the vessel has been carried out. In accordance with the questionnaire, aspects such as loading instruments, the protection of hatch openings, the integrity of sea valves and overboard discharge valves, the vessel's hull, bulkheads and decks and other features of the Load Line Convention and the structural integrity may be inspected.

The Paris and Tokyo MoUs advices that where deficiencies are found, actions by the port state may vary from recording a deficiency and instructing the master to rectify this within a certain period, to detention of the vessel until
deficiencies have been rectified.

In the case of detention, inclusion in the monthly list of detentions published on the Paris MoU and Tokyo MoU web pages will also occur.

In addition, the States party to the Viña del Mar Agreement, the Indian Ocean MoU, the Mediterranean MoU and the Black Sea MoU will reportedly follow the same routine, focusing on structural safety and load line requirements, during the campaign period. It is assumed a similar publishing practice will also be pursued by these other Regional MoUs on PSC in case of detentions. The Paris and Tokyo MoUs states that the results of the campaign will be analyzed and findings will be submitted to the International Maritime Organization (IMO).

Operators should ensure that their ships are prepared to meet the challenges of the notified campaign.

Most of the Maritime Administrations have delegated the certification of ships according to IMO Conventions and Codes to the classification societies and Gard therefore recommends contacting the relevant classification society for more detailed information about typical survey procedures related to structural safety and load lines.

Copy of the CIC Questionnaire may be found here.